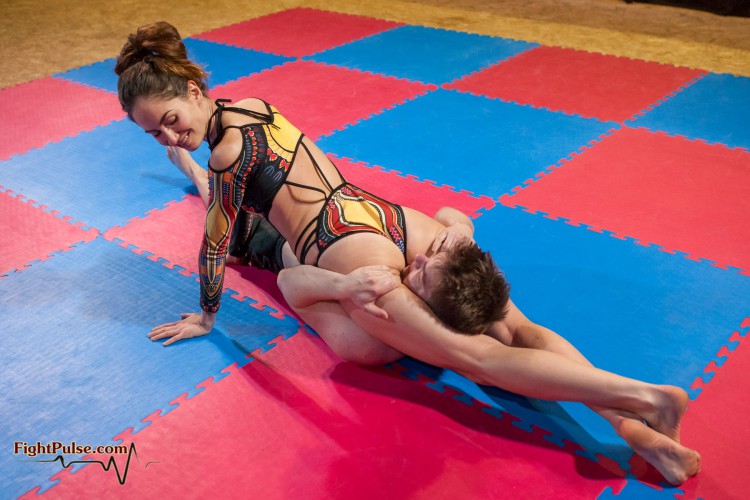 Backstage, Giselle (stats) is resting before her next fight. She has placed her feet on the table, on the side which is close to where Peter (stats) is seated. He gets irritated by her feet and demands that she remove them from the table. When Giselle refuses to comply, Peter attempts to lift her legs off the table, but finds out that he is not strong enough to do it. Giselle laughs at his attempts, but soon gets annoyed by this, drags him onto the mats and teaches him table-side manners with painful and humiliating wrestling holds, eventually making him rub her feet… Dedicated to and inspired by stories of A. J. Brown.

If you are a fan of female domination in the context of mixed wrestling, you will love this release full of lengthy front, reverse and figure-4 headscissors, long foot domination, foot choking and facesitting holds! 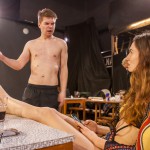 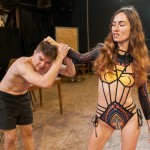 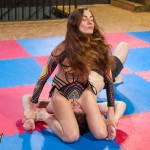 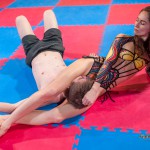 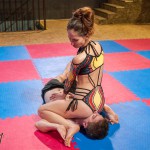 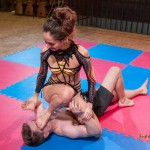 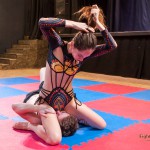 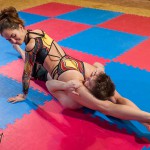 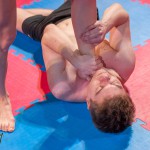 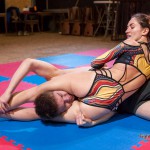 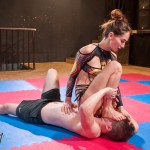