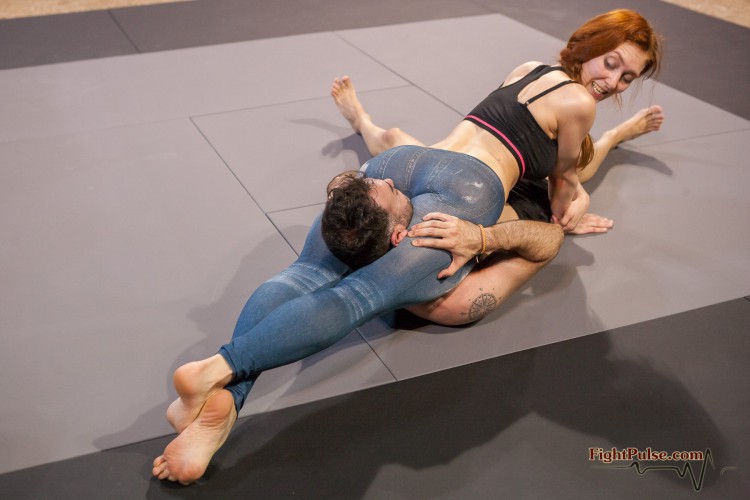 This is the best and most vicious entry in the “Lethal Legs” series, and a must-see for all fans of powerful female legs and the destruction they can bring!

Akela (stats) has arguably the strongest legs at Fight Pulse, and as many of you know, she loves using that power to subdue her opponents. This is a perfect set-up for Akela, and boy, does she bring it! She showcases the power of her legs in the most effective and the most excruciating way, via long front and reverse headscissors, figure-4, reverse figure-4 holds, triangle hold, pubis choke, gogoplata, shin choke, ankle and foot chokes, crotch-ripping grapevines and more!

NC-134 starts with Akela stretching on the mats. Nacho (stats), who is watching her from the bench, approaches and says that he doesn’t believe that her legs are as strong as people claim. When will they learn? Akela invites him to a match, and the fight is on.

Nacho is in for a very bad evening, about to find out what the hype about Akela’s legs is all about in the most painful way possible. He is resistant to Akela’s attempts to make him admit her power early only, but being very new to wrestling and not having much stamina against scissor holds, or defensive techniques against chokes or grapevine pins doesn’t help, and soon enough he turns from an opponent to a victim that’s trying to survive.

Akela uses the onslaught ruleset to the full, making Nacho tap multiple times in each hold, prolonging his suffering as much as she wishes. With long, brutal headscissors Akela distorts his face between her thick, powerful thighs, under her crotch, trapped between her strong calves. She drives her shinbone into his throat, chokes him between her ankles and under her feet. For almost half-an-hour Akela makes him change colors, tap out, choke, panic and tap out again. All chokes in this video are real. None of the pain inflicted is scripted or acted.

Akela shows no respect to the person that called her out, planting her foot on his face while taking a break from making him submit, mockingly repeating his earlier words, “you’re not that strong…” She uses her feet several times in the match, including in a brutal standing foot choke (photo #9), to make a point.

If you are a fan of real, prolonged scissorholds, females showing the power of their legs via wrestling holds, and emasculation of a male between big, powerful thighs of a female, who is capable of squeezing the life out of almost anyone, you simply have to see NC-134! 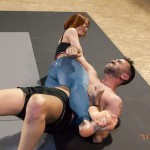 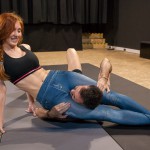 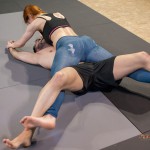 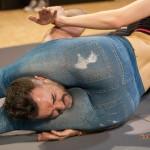 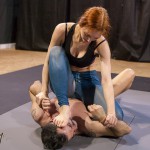 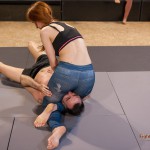 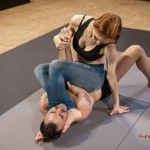 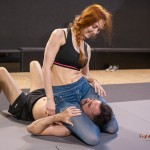 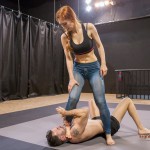 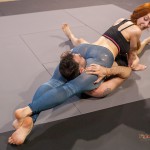 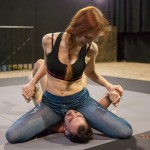 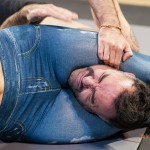 Wow, the title says it all Lethal Legs! Akela destroys him! She burys him deep in those jeans between those sexy legs and thighs and just SQUEEZES. Words can’t describe an absolute must see!