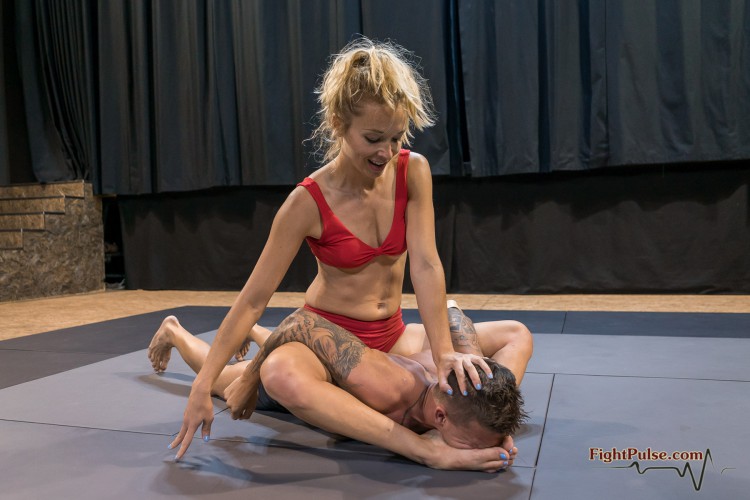 The second installment of “Move Your Feet” series begins on the bench, while the wrestlers are waiting for their next matches. Andreas (stats) doesn’t like that our American guest, Ashley Wildcat (stats)’s bare foot is touching his leg and shoves it away. Ashley, infuriated, pulls him onto the mat, wrestles him down and dominates him with her feet in this excruciating, humiliating onslaught, full of punishing holds.

While Ashley knows how to use her feet to choke and smother her opponents into submission, using various brutal foot chokes, face treading, foot smothering holds and even putting her toes in his mouth, she also uses her infamous pubis choke and reverse headscissors to subdue her male victim. Ashley wraps her long, powerful legs around her opponent to immobilize, subjugate and torment him, while finding opportunities to make sure that he gets well-acquainted with her feet, all the while mocking and verbally humiliating him.

NC-182 is one of this year’s best onslaughts, a must-watch for all fans of female domination on the mats!

Match outline: prologue, the match itself (18 minutes), victory pose (foot on face, then on neck). 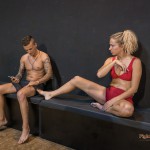 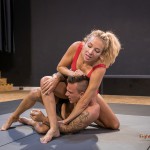 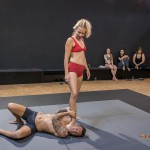 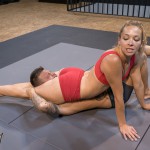 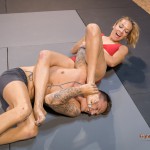 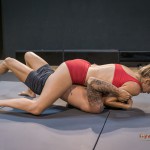 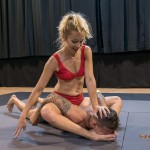 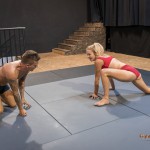 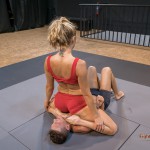 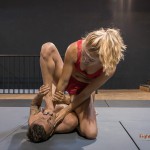 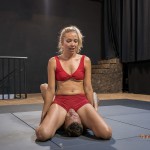 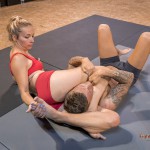 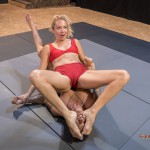 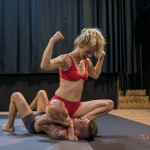 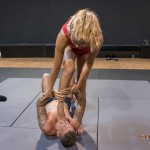 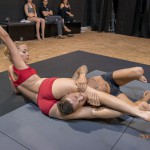