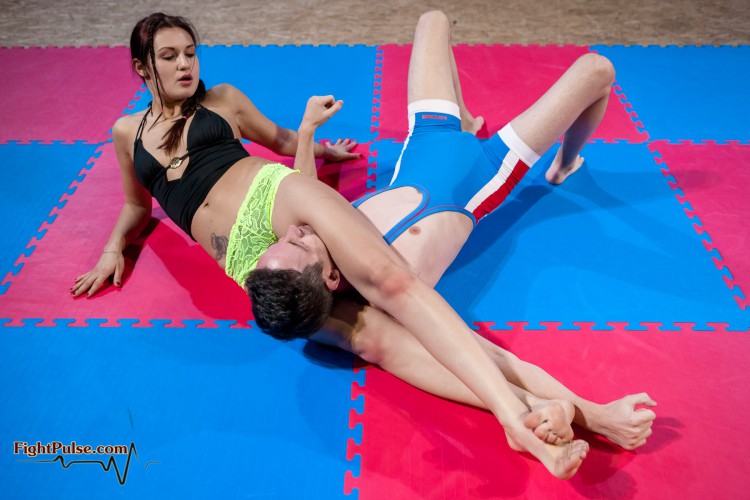 In this onslaught-style no-rounds mixed wrestling match in her signature style Jane rams into her opponent forcefully and takes him down, immobilizes him with her strong feminine body, pins him, puts into humiliating positions such as facesitting and foot domination holds, taunts him verbally and makes him submit again and again trapping him in painful holds with her powerful legs, sometimes making him tap out more than once to the same hold, imposing her will both physically and mentally, asserting her superiority over her male opponent on the wrestling mats.

An absolutely dominant performance by Jane in NC-78 will delight all fans of wrestling domination.

Match outline: the match itself (13 minutes), victory pose (foot on chest, then foot on face). 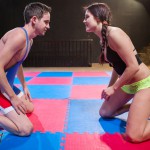 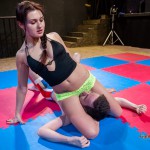 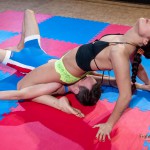 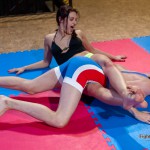 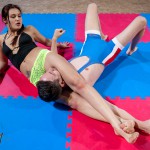 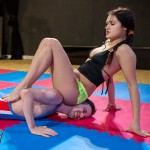 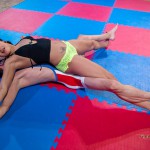 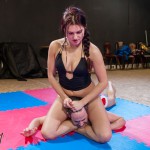 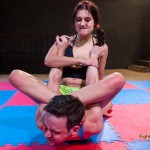 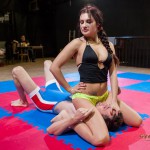 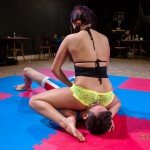 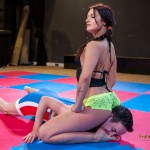 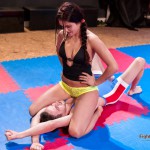 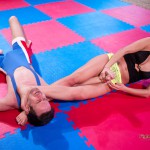 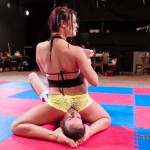