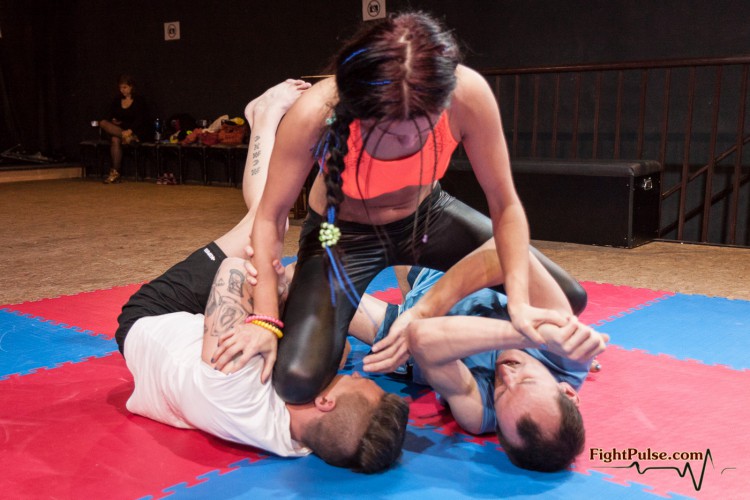 In our second 1F vs 2M match (first release was MX-34), our new lightweight talent, Jane (stats), is pitted against the team of Marek (stats) and Andreas (stats), in a non-competitive mixed wrestling match.

While our first 1F vs 2M title was pretty one-sided, despite being a competitive match, our second title is even more so. Marek and Andreas get absolutely womanhandled and dominated by the lady. Jane makes them submit round after round by controlling one of them with her arms and scissoring or pinning the other. She gets very creative, as Jane usually does, and puts on double-scissors, double-schoolgirl pins, straddling both of them at the same time, and a fantastic double reverse schoolgirl pin. There are many beautiful holds in this video as Jane displays ingenuity with holds that we have rarely seen before, all the while taunting and verbally humiliating the two men. The victory pose sequence at the end of the video is spectacular, – at one point Jane stands full-weight on her prostrate opponents’ chests, one foot on each, taunting them. As Andreas is trying to sit-up during the final interview, Jane pushes him back down with her foot, while continuing to answer to questions. 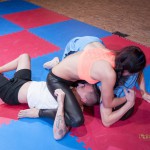 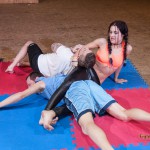 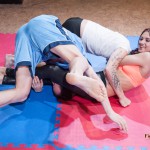 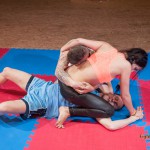 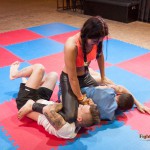 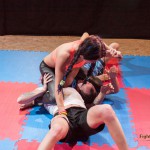 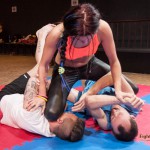 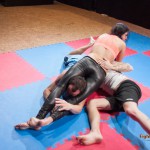 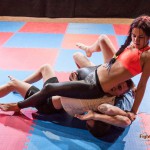 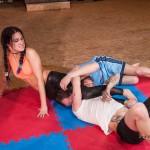 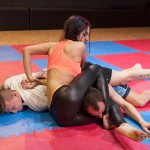