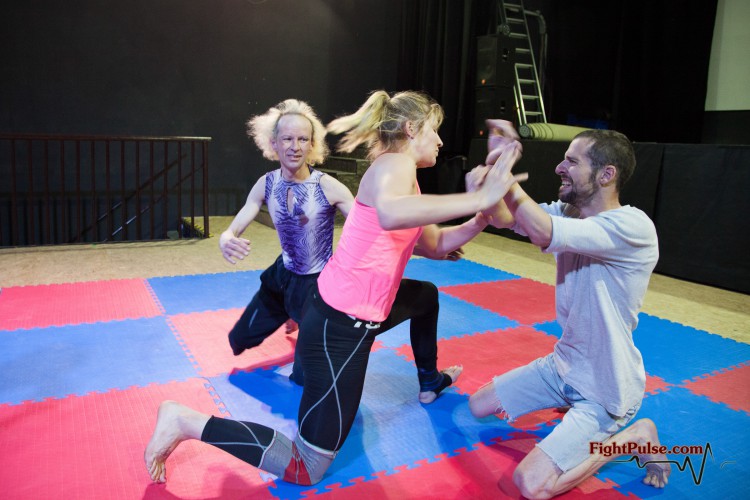 MX-34 is a fully competitive 1 female vs 2 males match that we filmed in May as a result of a custom request. When we received this request in order to make it fully competitive we knew that we had to pick an accomplished wrestler as the female and two small guys as her opponent. Thus we picked our top wrestler, Diana (5′ 9″, 154 lb, 23 yo), to take on the task of fighting two males. Her opponents became Joseph (5′ 10″, 137 lb, 33 yo), whom you know from his devastating humiliation at the hands (and feet) of our guest wrestler VeVe Lane, in October, 2014 (MX-16), and Ales (5′ 8″, 120 lb, 41 yo), who is our newest sign-up, and the smallest guy we ever filmed. The rules were simple, if the male team submits or pins down Diana, they get a point; if Diana submits or pins any of the two males, she gets a point. There was no doubt that Diana would defeat any of the two opponents one-on-one with spectacular ease. But can she handle both of them at the same time? Find out for yourself. This is a genuine competitive match between a young woman who is an accomplished athlete and two older but smaller men, whose goal is to collaborate well enough to be able to withstand and overcome Diana’s superior technique and physical prowess. There are interviews before and after the match, and some questions asked during. This match is a must see for fans of competitive mixed wrestling, for once because there is not much, if any, content out there just like this. The video is available for a discount price for limited time. 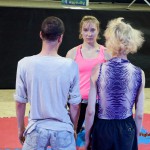 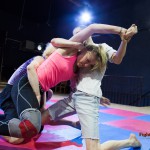 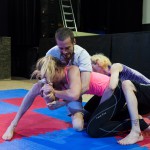 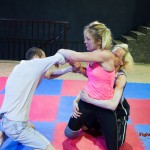 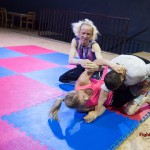 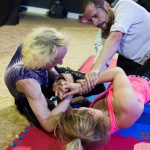 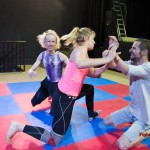 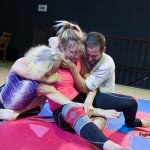 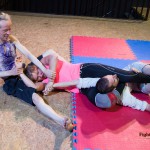 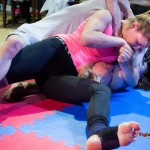 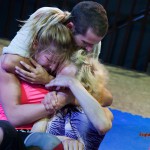 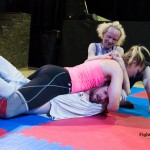