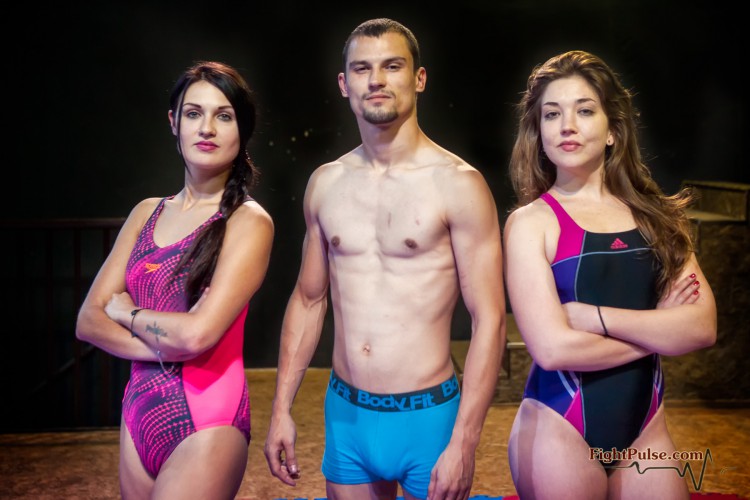 Dear Fight Pulse Fans & Subscribers, as some of you might already know, on 24th of September we filmed a 3-person mini competitive wrestling tournament with Jane (stats), Frank (stats) and Jane (stats). This is our first mixed tournament.

The tournament consists of 3 matches – Frank vs Rage, Jane vs Frank and Jane vs Rage. A win is worth a point, a draw is worth half-a-point. The wrestler with most points at the end is declared the winner. There is monetary prize on the line for the winner, which is contested by all three wrestlers. Moreover, the title of the Fight Pulse Lightweight Female Wrestling Champion is on the line, as Jane, the current champion, will face off with Rage, and try to defend it. 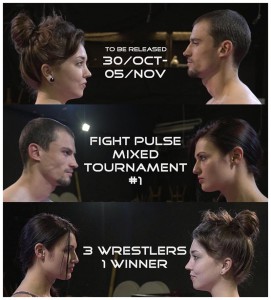 If you follow Fight Pulse, Jane needs no introduction. She is one of the most popular wrestlers at Fight Pulse. Her vibrant personality attracts fans. She won the title of Fight Pulse lightweight champion in the 2016 championship, and is currently the most feared lightweight fighter on the roster. She is feared because of the intensity she brings to the mats, as well as her extraordinary speed. Noone has stepped foot on Fight Pulse mats who was even close to Jane in the speed department. Thanks to that and aggression, Jane almost always wins the takedowns (from the knees), even against bigger opponents.

Rage is the dark horse of this tournament. You, dear fans, haven’t even seen her in a competitive match yet. Her first competitive match (against Foxy) will be released in 2 days, based on which we are sure you will come to a conclusion similar to ours: Rage is a tough opponent for anyone in the lightweight division. However, we are yet to see her compete against the elite of the weight-class, whom Jane represents.

Frank is a fit young man, who has been a member of Fight Pulse since May, 2016. He has taken part in over 20 matches at Fight Pulse so far, but has never received a chance of competitive combat against opponents of similar size until now. In the introductory interview (in the preview video above) Frank says that he is happy that he is finally given the opportunity to wrestle competitively against lightweights, and that he will do his best to win. “I am a man, I must win!” he says. Frank is the most flexible male we have filmed at Fight Pulse, and it helps him a lot in escaping holds that seem inescapable. He also has the advantage in upper-body strength against either of his immediate opponents.

The 3 matches will be released in the given order on the following dates:

Please subscribe to our updates to get notified about these releases. If you are not subscribed to Fight Pulse yet, you can do so through the form on the right sidebar. Subscribers get automatic notifications via email about new releases, as well as site updates – blog posts such as this one. Being a subscriber you will not miss a thing related to Fight Pulse.

Technical note: we have good news for you, if you appreciate video and audio quality! This tournament was filmed on high-end video equipment. The image quality is outstanding, and for the first time the Full HD versions of the files will be available at 60 fps.