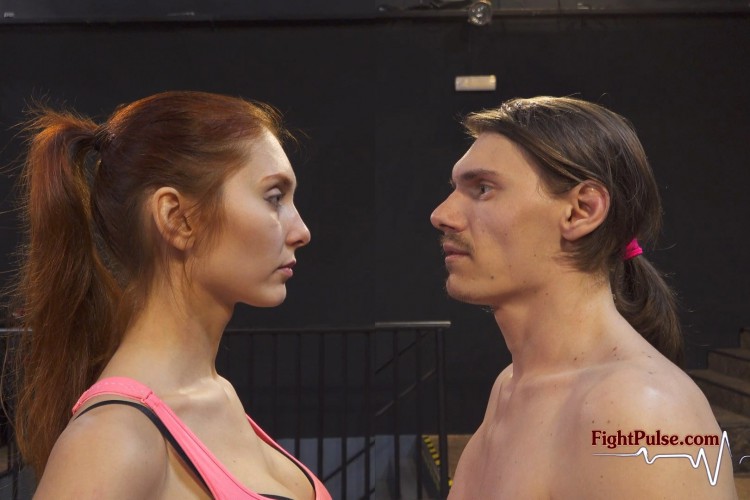 Fight Pulse fan favorite, Akela (stats), squares off against a male newcomer, Marcus (stats), in an intense, competitive mixed wrestling match, one of the most highly-anticipated matches of this year!

Akela is one of the most successful wrestlers at Fight Pulse when it comes to female wrestling, currently ranked 7th in the pound-for-pound and 4th in the lightweight rankings with a 12W-3L-1D record. However, her intergender record is not nearly as good, with 2 wins and 2 losses in 4 competitive mixed wrestling matches. Will it become a winning record or a losing record by the end of this match?

This is Marcus’s Fight Pulse debut. He is an athletic, durable guy, with background in rugby and some grappling experience. In his first ever mixed wrestling match he is facing one of the biggest names at Fight Pulse, an aggressive, determined fighter in Akela, who has challenged for the lightweight title twice, albeit coming up short both times. Is Marcus good enough to overcome Akela’s vast experience and avoid her insanely strong lower body? Or will the red-haired Amazon add another male to the list of those she has conquered in combat?

Click here to read more about this match (possible spoilers)
This is a good, fast-paced fight, and Marcus is physically intelligent, with strong upper body. However, Akela is victorious in a decisive fashion. The newcomer has no answer to Akela’s experience and aggression, and especially her lower-body strength, once her powerful legs are wrapped around his body or head, as well as her ability to stay on top with heavy pressure once she has secured any type of pin.

“I would like to crush him,” says Akela with a mischievous smile during the pre-match interview, and she means it. Akela is one of the wrestlers who truly gain pleasure from physically controlling and dominating her opponents, both male and female. After she dominated Luke (stats), riding his chest and neck for close to 20 minutes in the schoolgirl pins only match, MX-108, when asked during the post-match interview how it felt to pin down a man against hist will, she said “like that’s how it’s meant to be.” Akela’s fights are always aggressive, personal and emotional, which is one of the main reasons fans love watching her fights. From the moment Akela launches herself at Marcus this is an emotional encounter. She starts to calm down only when she has firmly planted her foot on Marcus’s face in victory, still breathing heavily, looking down at the conquered male at her feet, claiming, processing and enjoying absolute victory.

After the fight Akela says that her pins were her favorite moments in the match as she felt complete control and dominance when she was on top.

MX-147 is one of Akela’s best showings at Fight Pulse to date, and an absolute must-watch for all fans of this modern-day Slavic warrioress.

MX-147 is an aggressive, competitive, fast-paced mixed wrestling match full of crazy scrambles between two wrestlers of similar size, with the better figher achieving decisive victory, an absolute must-see for all fans of real mixed wrestling! 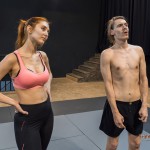 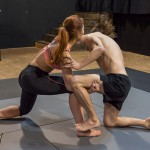 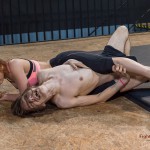 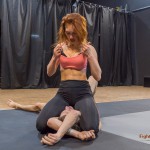 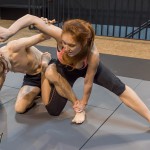 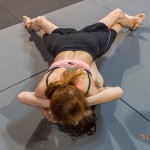 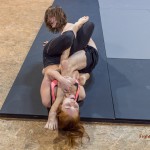 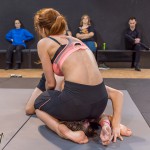 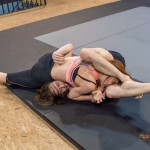 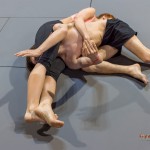 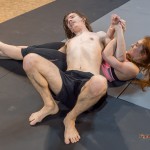 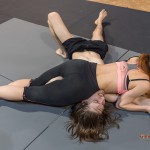 Akela delivers a great performance as usual! Marcus is a perfect opponent and I hope they will have more fights in the future. I believe a these two wrestlers need to meet in a escape challenge similar to MX-88, it should be very interesting and exciting. Lotus lock is a must in this match and I think a great add on would be reverse scissor with Marcus facing inwards, no submission allowed just controlling opponent with the scissor for 60 seconds or Marcus manages to escape. The reverse sgp/facesit should be with Marcus arms in grapevine just like Tia does… Read more »

To clarify, the scissors i mean in my previous post is the exact same as image nr 10 for this video, only difference is that Marcus would be facing inwards.