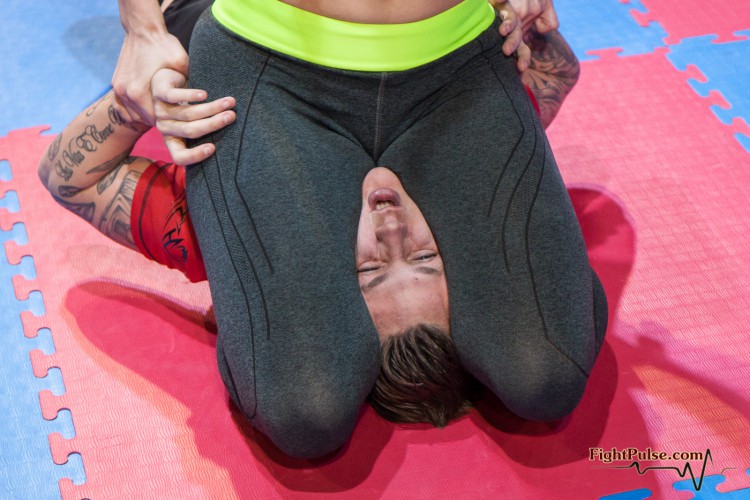 While Akela has had several mixed wrestling matches since she joined Fight Pulse in January, 2015, they were all of semi-competitive nature, and MX-58 is her first real competitive intergender encounter. I know that many of you, dear fans, have been waiting for this forever, and here you have it. Akela vs Andreas is without exaggeration one of the most exciting mixed wrestling matches we have ever filmed!

Andreas has improved rapidly since his popular debut match against Jane (MX-54), especially in the endurance department. While still far from being a capable wrestler, he has improved enough to be able to endure a complete match, and while wrestling to rely not only on his upper-body strength.

Akela and Andreas are equally matched physique-wise – they are of similar height and weight. Akela has the advantage in technique and lower-body strength while Andreas has stronger upper-body. Do you think Andreas has improved enough to be able to take on and defeat our #2 ranked lightweight wrestler? Please stop reading here if you would like to be unaware of the outcome of this match.

Through natural fighting instinct, aggression, superior technique and outstanding ability to balance her weight while straddling her opponents, Akela completely womandhandles Andreas. She puts on a display of superb tight front and reverse schoolgirl pins! While Andreas puts up a great fight, a much better fight than against Jane, and even gets in a couple of scissor holds, he cannot escape Akela’s deadly scissors, and he cannot dislodge his opponent who perfectly straddles his neck and clamps her thighs around his face. The fight ends with a one-of-a-kind dominant long foot on face victory pose by the superior wrestler.

Without much regard to the feelings of her defeated foe, in the post-match interview Akela says that she expected Andreas to be stronger, because usually (*smirk*) people expect the male to be stronger, but he was not. We felt that it is probably a good thing that Andreas doesn’t speak English. Akela later suggests that there’s much that Andreas has to learn, and he could be a good wrestler in the future if he keeps at it.

In MX-58 Akela achieves a decisive victory against her first real male opponent. This match features some of the best mixed wrestling action we have ever filmed, and we are extremely excited to bring it to you, dear fans! 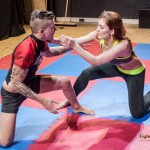 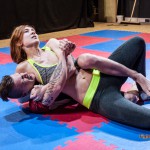 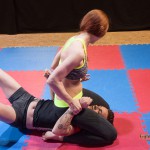 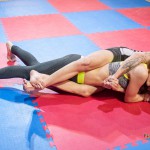 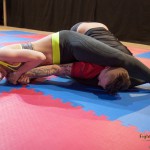 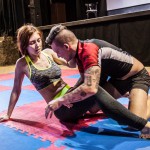 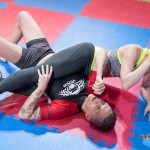 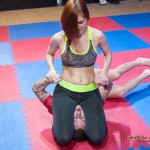 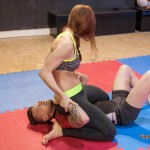 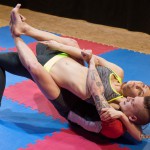 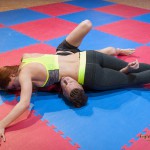 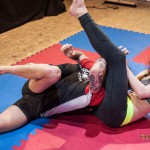 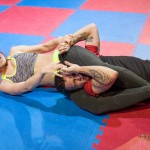 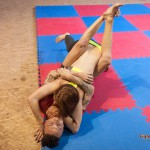 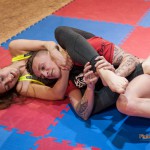 The description of the video is pretty accurate. This is a competitive match between Akela who knows a couple of things about wrestling (and nothing more) and Andreas who’s both weak and clueless and also nervous. When it comes to the match itself, the bad thing is that we see some low quality wrestling. Akela has some very litimed technical knowledge, Andreas has none. The good things, however, made the video worth buying, at least for me. Akela wins and she does so with a realistic score, Andreas, given his obvious nervousness, tries his best, the victory pose is great,… Read more »