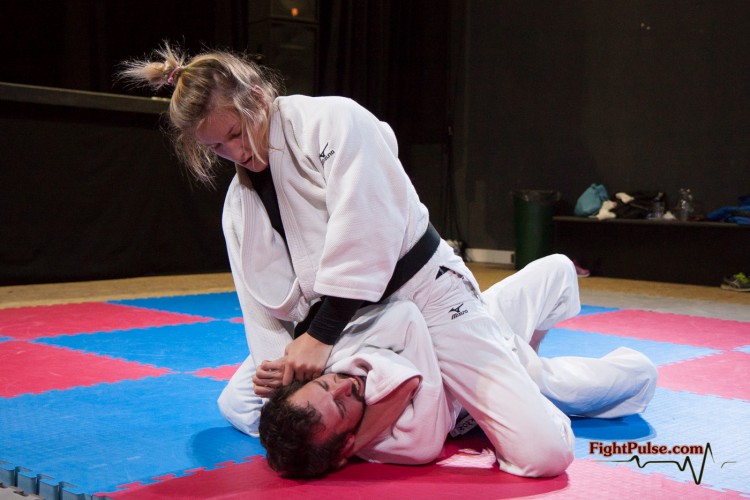 Joseph is our most aggressive male wrestler. He is always looking for opportunities to attack, and is never passive. Joseph is fast. He also has a very strong grip, thanks to his mountain climbing background, which Diana comments on in the post-match interviews. Unfortunately, none of that mattered. Diana is a black belt Judoka, and her experience was too much for Joseph to handle. She also feels at home in a judo gi, for obvious reasons. Despite his best effort, Joseph gets pinned time and time again in various perfectly executed pins – tight front schoolgirl pins, reverse schoolgirl pins, grapevine pin, as well as judo pins, such as kesa-gatame and kami-shiho-gatame.

This is an intense and aggressive mixed wrestling match where the male is outclassed, overpowered, and pinned again and again. 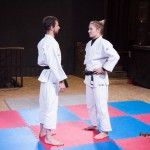 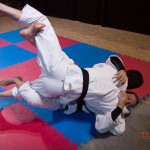 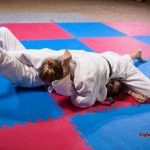 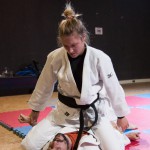 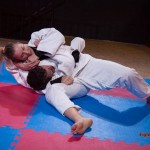 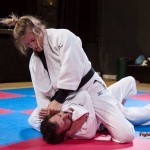 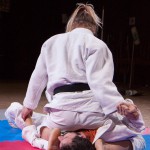 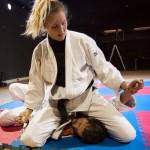 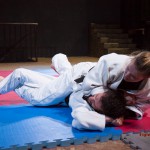 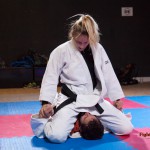 The answer is in the description 😉

But what kind of victory pose? Thank you.

Have you read the description? It’s there.

Seems a shame that this is pins only, and the only competitive mixed judo match on the side has only two submissions…. oh well, I guess that mixed judo is too much of a niche interest to get much serious attention paid to it…