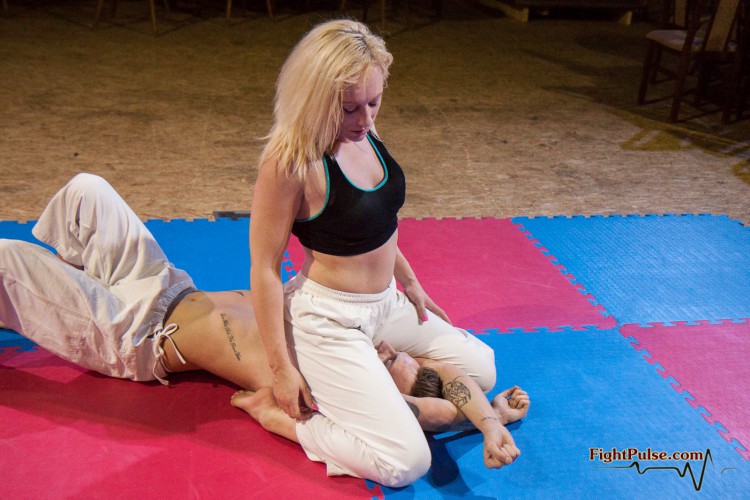 Those of you who have watched our previous title featuring the two wrestlers, MX-63, know that Andreas, although full of determination, is nowhere near Axa’s level at wrestling. But can Axa be as dominant against Andreas in a pins-only match wearing judogis?

Most certainly, yes. Andreas ends up spending most of the match under Axa, almost immobilized, trying his best to dislodge her. At first Axa has difficulties keeping Andreas’s shoulders down, as the latter, using his upper-body strength, is often able to lift one of his shoulders to stop the count. This happens very frequently early on at the counts of 7, 8, and even 9, which visibly frustrates Axa. But as the match goes on, Axa imposes her will upon him, achieving the ten count more and more to score points. While Andreas’s resistance is incredible, there is very little he can put up against Axa’s superior technique and experience.

Midway through the match both wrestlers take off their gi-tops due to sweating and continue wrestling without them.

Axa says in the opening interview that she likes overpowering and pinning down little skinny guys, and that is what she plans to do today. And that is exactly what happens.

The victorious female wrestler ends the match with a perfect tight-schoolgirl pin double-bicep-flex, followed by a standing foot-on-face victory pose over her defeated and exhausted male opponent, not without verbal taunting.

MX-67 showcases a beautiful gritty battle of sexes, where the outclassed male opponent is pinned down time and time again despite his best effort. 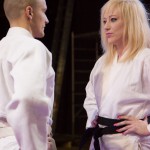 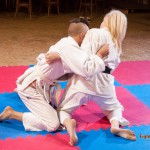 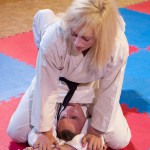 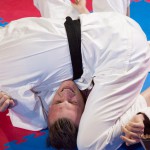 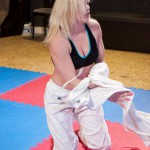 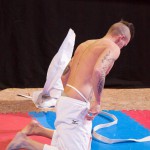 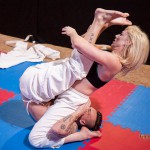 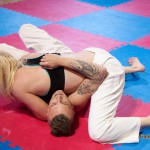 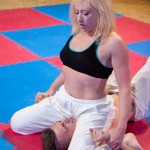 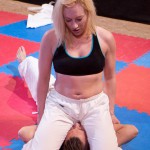 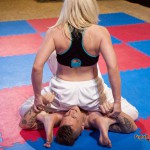 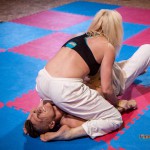 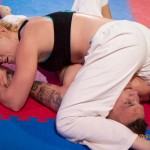 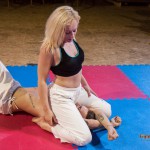 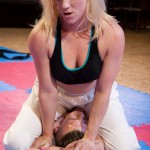