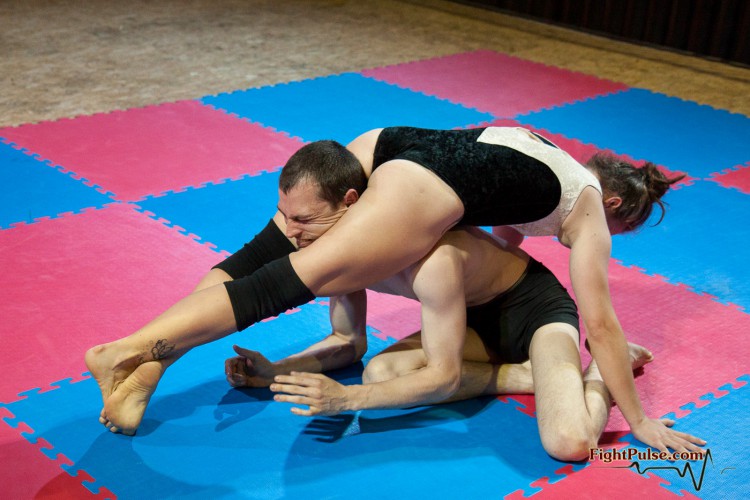 After 3 months of wait after it was originally announced in this blog post, our first mixed wrestling release with the feisty new session wrestler from USA, former gymnast, Sky Storm (stats), is here! She is facing our newcomer, Frank (stats), in this semi-competitive battle of the sexes.

The video starts with a short acrobatics demonstration by Sky Storm, as Frank watches her.

In the pre-match interview Sky says that she likes when people underestimate her based on her size, because she likes to surprise them and prove them wrong. That is exactly what happens in this match. Frank, while strong and durable, falls prey to Sky’s incredibly speed, flexibility and aggression, as well as her scissoring instinct. While this title is labeled as semi-competitive, part or most of the action in NC-35 is fully competitive. Frank does try his best and fails time and time again, tapping furiously in Sky’s neck-crushing headscissors, as well as unable to dislodge his incredibly well-balanced opponent from atop himself during pins. Fans of headscissor submissions will enjoy NC-35, as there are lots of them in it.

This match gets intense pretty quickly. In round 4, after an accidental slam by Frank, Sky gets aggressive with him and talks to him while wrestling. When he gets confused, and fails to act fast, Sky straddles his head in a reverse-facesit pin. By the time Frank figures out what caused the aggression, and tries to escape, it is too late, as his neck and head are squeezed tight between Sky’s thighs and calves. In a few moments the stretch and full-squeeze is on. Needless to say, Frank taps quickly to the jaw-crushing headscissors. But the hold is not released immediately, as Sky applies more pressure, as though to prove a point, resulting in Frank tapping hastily again, this time Sky’s legs. Sky shoves his head as she releases the submission hold, telling him that that was for, quote, “you fucking with me”. The next round ends in a similar manner. During the post-match interview Sky explains what caused the aggression, and says that she only wanted to prove that “she is the boss”.

NC-35 features one of the most aggressive performances by the winning wrestler. Sky does not hold back at all, and sometimes, although for a brief moment, keeps the scissors on, despite a submission. The match ends with an assertive victory pose segment, that includes a tight schoolgirl pin bicep flex, as well as a forceful foot on face victory pose.

We recommend this title to those who like semi-to-fully-competitive one-sided mixed wrestling matches with an aggressive and dominant winner. 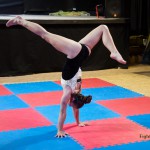 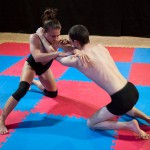 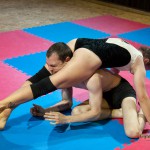 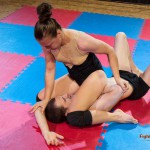 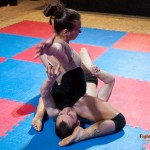 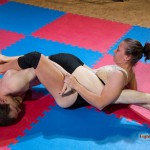 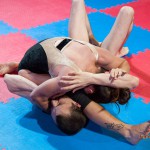 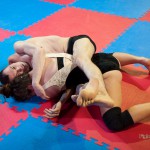 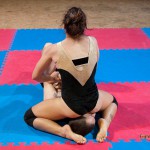 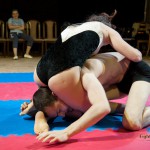 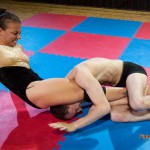 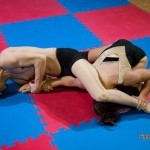 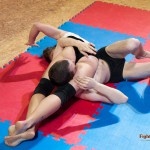 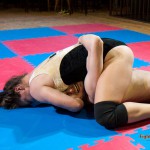 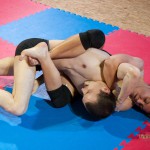