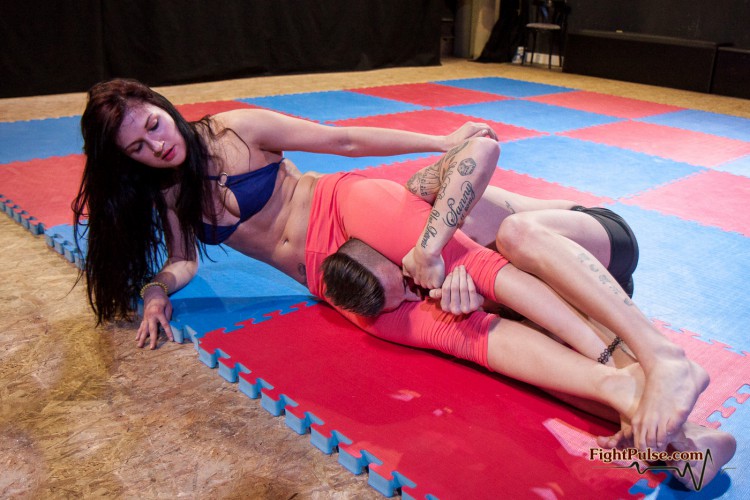 The much-anticipated (68%) rematch between Jane (stats) and Andreas (stats) is finally here!

Their first wrestling match, MX-54, was in the top 5 chart for almost 3 months. MX-54’s popularity can be attributed to it being Jane’s first mixed wrestling match, and especially due to her dominating her opponent, who lacked stamina, throughout the video.

But things have changed. MX-65 takes place 3 months after his first match, and Andreas has improved drastically since then. His endurance is excellent and he has gained basic understanding of wrestling. In the pre-match interview Andreas says he will try his best to win the match. But can he turn the tables on his naturally gifted female opponent? Can he utilize his new knowledge to win against Jane, or at least survive?

We will not reveal the result, but will say that MX-65 is a very close match with back-and-forth action. We highly recommend this title to fans of true competitive mixed wrestling. 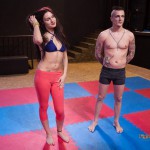 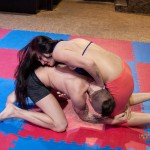 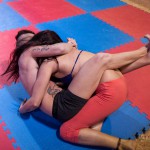 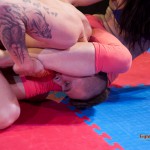 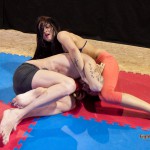 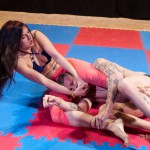 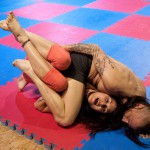 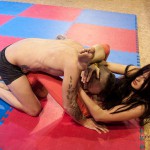 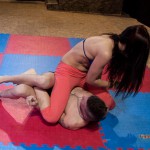 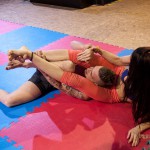 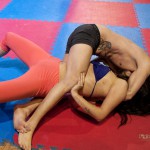 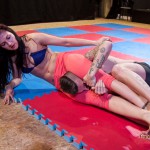