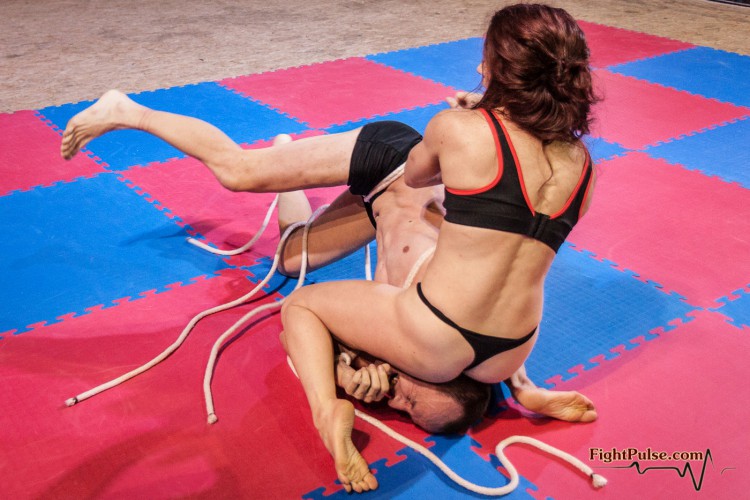 Since his devastating loss to VeVe Lane in October, 2014, in MX-15 (extreme bondage wrestling), – a title which to this day is our all-time bestseller, – Marek has asked us many times when VeVe was going to return, so that he could have a rematch. He was extremely delighted when we gave him the news that VeVe is visiting us in February, 2016, and that he will have a chance to bondage-wrestle her again. Marek has greatly improved since 2014. So much that we have a hard time finding him opponents for competitive matches. But the true questions is, will it matter against the Queen of bondage wrestling?

The action in MX-56 is every bit as intense and aggressive as in MX-15. But it is more technical. Marek poses new problems for VeVe with his improved strength, agility and stamina. This match takes longer and features grueling battle for every inch of rope, a true struggle for every single knot, painful ties and successful escapes. A true fast-paced single-round competitive mixed wrestling encounter, by the end of which the mat is wet from sweat of the wrestlers both of whom are panting, but the male is tied-up and completely immobilized on the mats with a grimace of pain on his face from rope digging into his crotch, wrists and shouldersm and from overstretched joints, while the female is standing triumphantly over her helpless opponent with a foot planted on his face and a smile on her face.

This title is a must-see for bondage wrestling enthusiasts, as well as those who enjoy fast-paced aggressive competitive mixed wrestling in general.

Video containing introductory interviews to all of VeVe’s matches at Fight Pulse was published publicly in this blog post.

The final interview, which is included in this release, features detailed recounting of the match by VeVe Lane, who also comments on various bondage techniques used in the match by her. 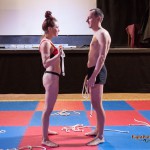 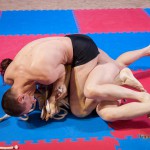 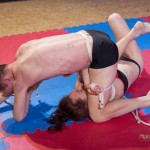 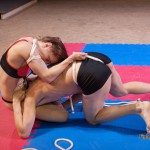 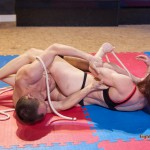 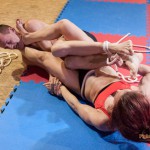 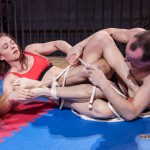 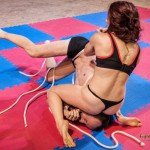 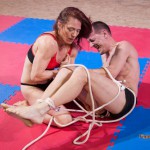 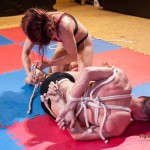 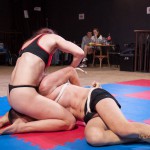 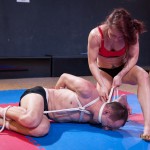