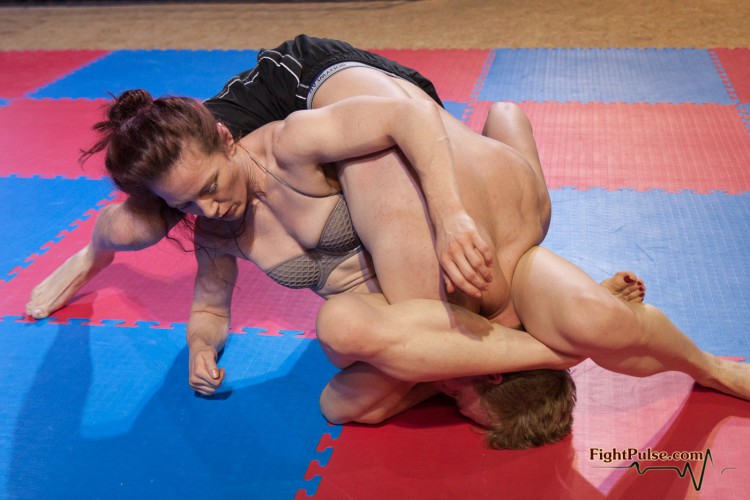 This is our last video filmed with VeVe Lane (stats) during her recent visit to Fight Pulse. In this release, VeVe Lane is pitted against her largest opponent at Fight Pulse to date, Ryan (stats), who is a fit and strong young man with a 9″ (22 cm) height and 55 lb (25 kg) weight advantage over his opponent. This is a skill vs size match – a battle of technique vs brute strength. Both competitors are fast which results in a very fast-paced action-packed match. The question is, can Ryan withstand VeVe’s onslaught with his power?

Not really. VeVe is simply too good for Ryan. He tries everything. He attacks first, he tries to get on top, he lifts VeVe onto his shoulders and throws her away once (which only angers VeVe which results in an almost immediate and very painful retribution in the form of a scissor hold) – all of this only delays slightly Ryan’s eventual submission or pin. Yes, not only does VeVe submit Ryan again and again in masterfully applied submission holds, but she also pins him down to the count of ten more than once. One of those pins, as Ryan starts to get exhausted, is a tight facesit pin. Ryan comes back strong at the start of each round, determined to get VeVe this time, but each time gets disillusioned very soon. His strength and fitness are not enough to beat the petite female warrior in front of him. The hard-fought victory is celebrated by the female winner with a long victory pose sequence that includes full-weight cheststanding and a foot on face victory pose.

MX-50 is a real mixed wrestling match that will delight fans of one-sided encounters, with the smaller female controlling the match and achieving victory over a bigger stronger opponent, despite his best effort, thanks to her superior technique. 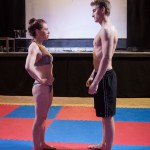 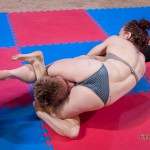 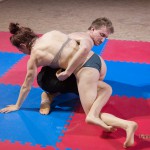 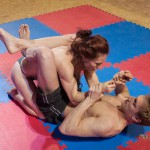 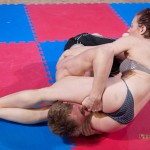 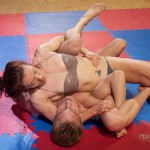 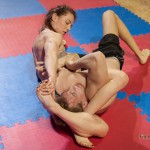 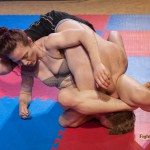 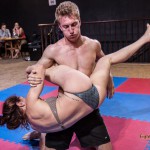 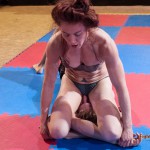 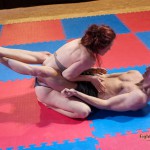 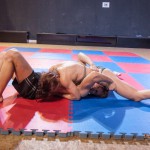 This video features a great and hard-fought match, showing off the skill of the great VeVe Lane. Her opponent is Ryan, a man who is quite a bit younger than VeVe and much larger than her as well. And he is also very fit, obviously in very good physical shape, and he gives a great effort in this competitive wrestling match. But despite all of these factors that would seem to make this a close match, VeVe Lane dominates the match, setting the pace from the very first fall and maintaining it throughout the entire video. She wins points against… Read more »