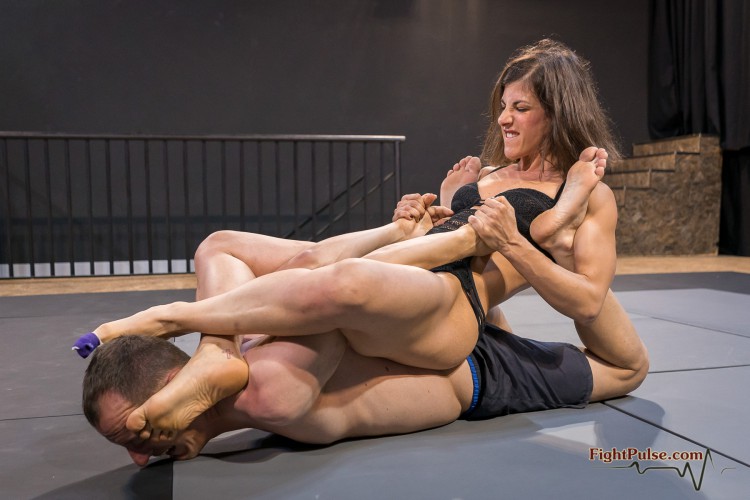 NC-179 is one of the most brutal mixed wrestling encounters we’ve ever filmed and viewer discretion is advised.

Italian destruction machine, one of the most ruthless wrestlers to ever step on Fight Pulse mats, Bianca (stats), showcases her sadistic side and her genuine love for physical domination by absolutely thrashing and humiliating her male victim into complete submission and obedience in this video.

The video starts with one of the most vicious facesitting sequences we have ever seen, as Bianca takes Marek down and throws herself onto his face, grinding his lips and nose into a ball of pain with her crotch, mercilessly riding his face, flexing and enjoying herself while her male opponent is suffering from the agony of his roughed up face, as well as lack of oxygen. After she counts him out, Bianca puts Marek in a devastating full-nelson body stretch, forcing him to tap multiple times, after which she forces his face into her crotch in a front headscissors, ordering him to “smell my pussy!” Then Bianca straddles his neck and grabs and squeezes his genitals. And this is only the beginning.

The athletic Italian warrioress proceeds to create a picture of violence, control and genuine female dominance rarely seen on wrestling mats. She instills fear and submission showing little mercy. At one point Marek frantically taps out to a reverse facesit, to which Bianca responds “I decide when I finish!”. The fact that Bianca is strong and skilled enough to actually beat Marek into submission in a real combat situation doesn’t help his cause. Tight forward and reverse headscissor holds, belly punching, spanking, heavy front and reverse facesit smothering, foot choking, ignored submissions, kicking, trampling, foot gagging, pony riding, verbal humiliation (sometimes even in Italian!) – this is only a part of things Bianca subjects her male victim to in this onslaught, laughing all the while, enjoying herself, listening to Marek’s groaning.

Bianca caps off her dominance by spitting on Marek’s face, and rubbing it all over it, while holding him in standing headscissors. Just like we said, this video is not for the faint-hearted.

Bianca’s performance is a treat for anyone who is into videos featuring real, sadistic, physical domination on the mats, just as it was a treat for us to capture it. Bianca, despite being new to the scene, is taking it by storm thanks to her natural competitiveness, as well as genuine love of wrestling and domination, and NC-179 is a perfect example of the latter. 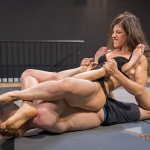 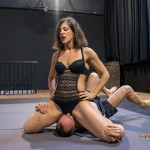 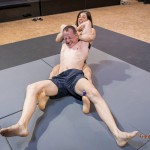 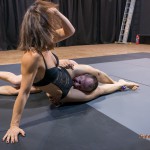 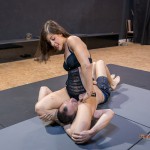 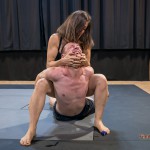 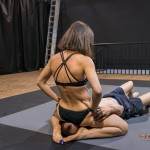 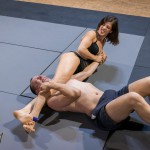 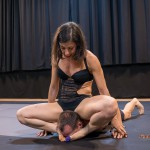 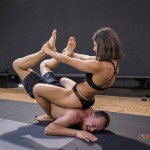 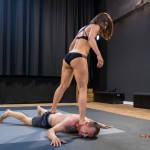 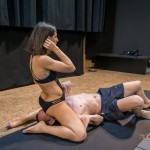 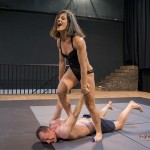 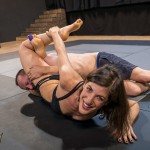 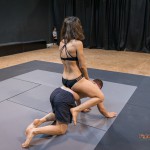 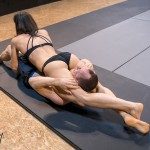