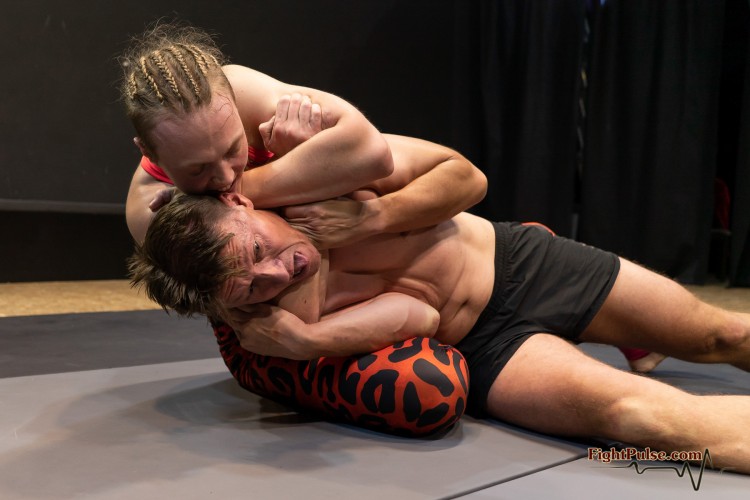 The video starts with two wrestlers arm-wrestling, with Anikaa winning both arms and flexing her bicep in victory, after which the wrestling starts. During the match Anika makes Karel (stats) submit many times using various chokes – rear-naked choke, sleeper hold, bulldog choke, guillotine, and other chokes that don’t have a name – sometimes even putting him to sleep.

Anika caps off her dominance with a standing foot choke, and a foot on face victory pose.

Click here to read more about this match (possible spoilers)
While many of the holds are real and intense, the knockouts in this match are staged. 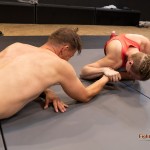 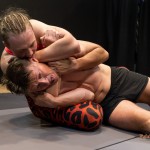 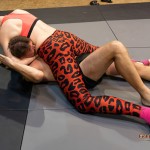 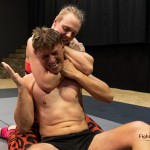 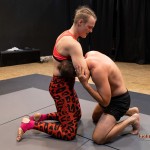 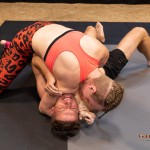 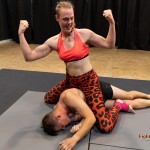 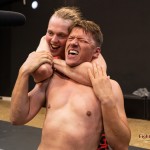 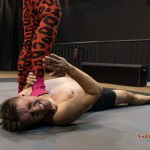 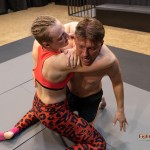