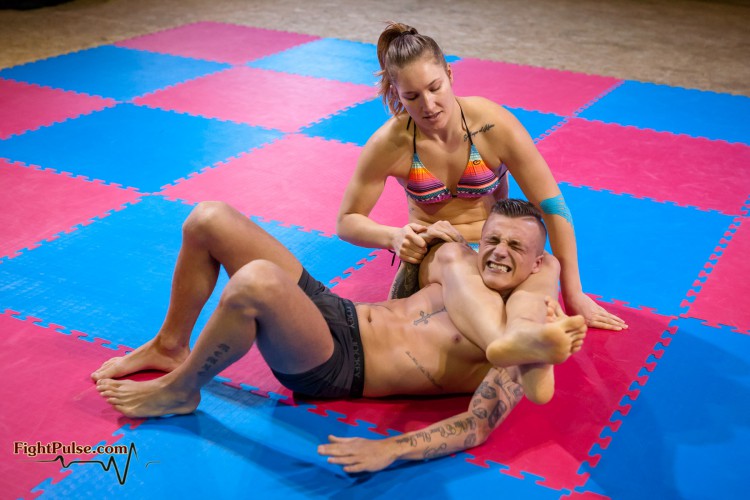 Dear Fight Pulse Fans and Subscribers, Diana (stats) is back!

This is our first release with Fight Pulse’s own world-beater in 16 months. During her absence Diana has taken part in various female wrestling events across Europe and has solidified herself as one of Europe’s best submissions wrestlers, being unbeaten in Europe. Also during this time she has taken on American Football, as well as MMA. Stronger than ever, she is back to kick some ass!

Not only has Diana improved physically, but thanks to sessioning and F/F fighting experience, her arsenal of holds has expanded greatly. You will see unusual shoulder stretches in this match, surfboard stretch submissions, great headscissors holds and more.

While this is a semi-competitive match, it is at times fully-competitive, which is why we didn’t spot the lesser effort by Andreas until he admitted to it in the post-match interview.

It is a marvel to watch a young, strong, beautiful woman dominate a smaller weaker man, sometimes through sheer brute strength, but often through superior skills. If you are a fan of one-sided mixed wrestling, NC-69 is for you! 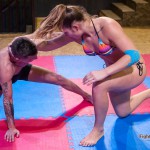 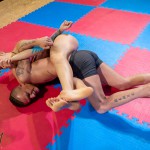 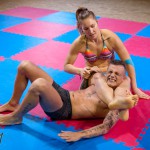 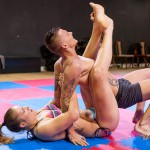 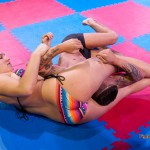 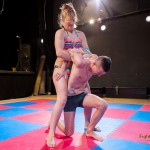 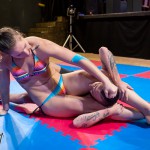 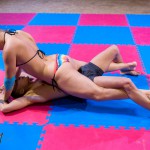 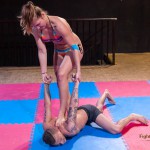 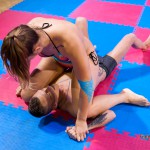 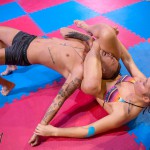 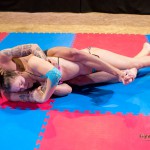