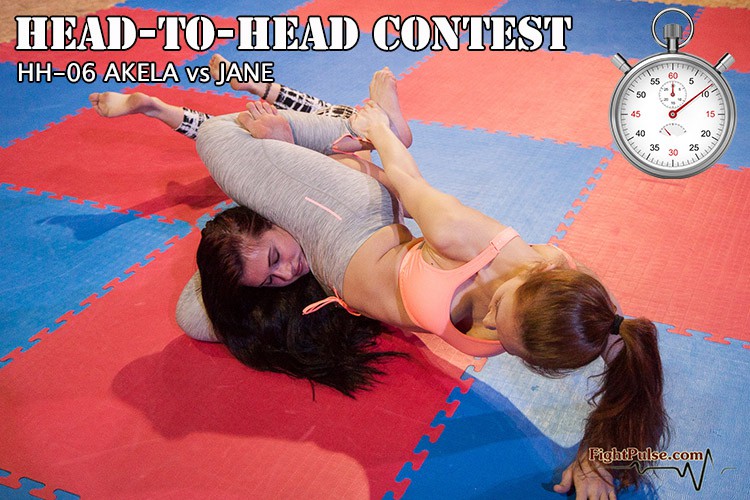 Akela (stats) and Jane (stats) are both top contenders for the lightweight title, both having only one loss on their record, to the current champion. Akela and Jane have fought before, in FW-27, and that match is to this day is one of the most aggressive, fast-paced encounters we have ever filmed. Because they both have dominant personalities in life, are extremely competitive, always on the offensive, and almost equally skilled, their rivalry is developing into a captivating story. We have received numerous requests to hold a rematch between the two, and it will happen in the second half of 2016, possibly in the upcoming lightweight championship.

But today we present to you a H2H Contest between our lightweight fan favorites, – another chapter in their rivalry, – where the wrestlers test their upper and lower body strengths against each other. We know that Jane has strong upper body from pole-dance and fitness, and Akela possesses arguably the strongest scissors among all of our wrestlers, regardless of weight classes. What is your prediction?

The winner of most of these challenges is declared to be the winner of the contest. The maximum possible score is 11-0. The minimum possible difference is 0, since the challenge can easily end up being a tie. This could happen if 1, 3 (quite possible) or more (improbable, but not impossible) of the above challenges end up being a tie. The three challenges that can easily end up with a tie, as noted above, are arm-wrestling, leg-wrestling and sgpin challenges, when each contestant wins one of the rounds. As to other challenges, they could theoretically end up with a tie as well, if the times extremely close. 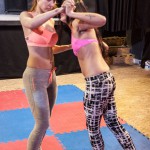 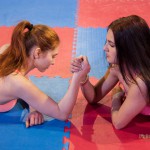 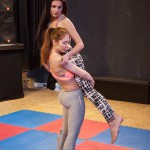 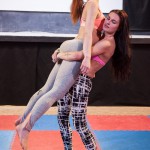 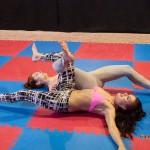 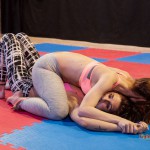 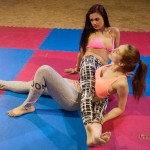 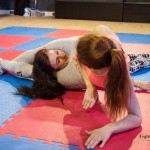 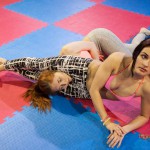 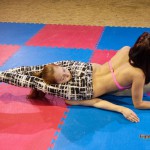 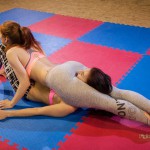 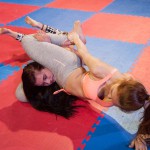 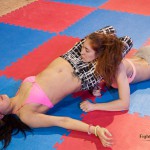 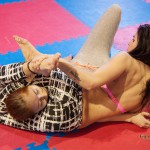 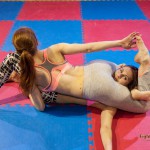