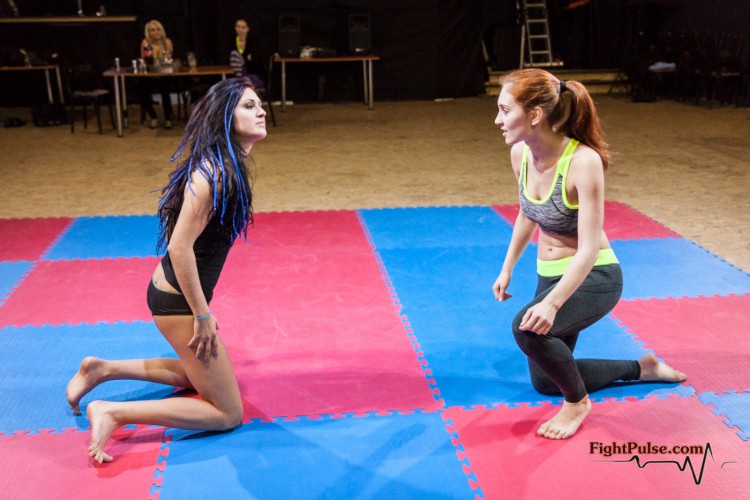 In FW-27 two Fight Pulse fan favorites, Akela (stats) and Jane (stats), clash in an incredibly intense encounter, one of the best matches we have ever filmed, F/F or mixed.

With this match Jane completely changed our view of her as a wrestler. In the pre-match interview Akela confidently said that she will be the winner of this match. We didn’t doubt that a bit. But by the end of round 1, no one thought it will be an easy match, including Akela. The pace with which she learns from her matches is something we have never witnessed, without exaggeration. It turns out, in only her third shoot with Fight Pulse, she can bring the fight to our best lightweight wrestlers, dictate the pace, and try and beat them. But Akela, of course, is not a pushover. What we supposed would be a more or less one-sided match, with Akela dominating her opponent most of the time, turned out to be an almost street-fight-paced incredibly intense and evenly competitive encounter. The pace and intensity was at the same level as our mini-championship final match, FW-21 Akela vs Zoe, one of our best-sellers. Heart and determination play a big role in the outcome of FW-27, as both opponents put each other to devastating scissor-squeeze tests.

Akela is a naturally competitive wrestler, who has experience and patience on her side. Once she has her prey between her massive thighs, it is only a matter of time until they tap. Jane, on the other hand, lacks experience, but is a very quick learner, and faster than anyone we have seen on the mats. She also turned out to be a natural fighter, always on the attack, always aggressive, always experimenting with the holds she has learned.

Who takes this one then? Experience and calculation, or aggression and ingenuity? Find out today!

Note: This is our first release on our increased 5 mtr X 5 mtr mats. There are still restarts from the centre, since it is a very fast match, but much fewer than there could have been.

UPDATE: FW-27 is our 100th release! Check out this blog post for blooper reel and more. 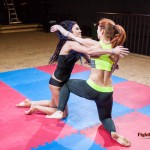 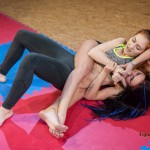 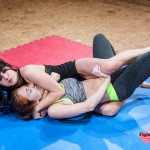 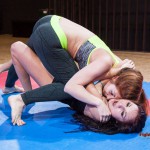 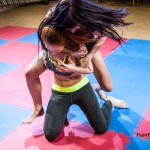 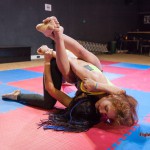 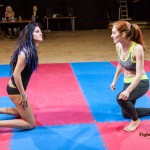 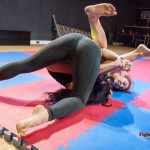 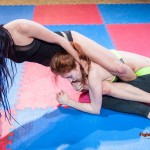 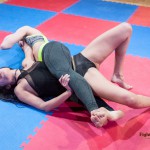 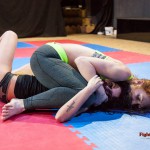 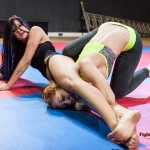