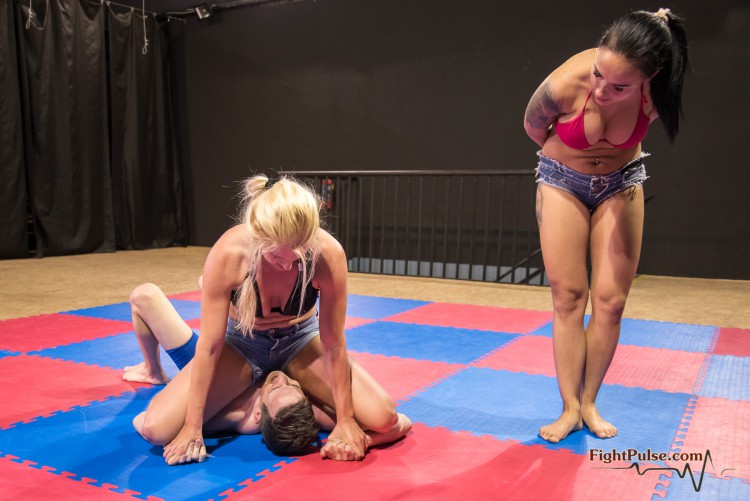 MX-118 is another absolutely must-see match for fans of real mixed pindown wrestling!

This is the second video of the pindown contest between Zoe and Vanessa, where Vanessa (stats) attempts to beat Zoe’s score in MX-117, while Zoe is now the referee. Can she pin Luke (stats) down more than Zoe did?

Luke has gotten better since he joined Fight Pulse, and Vanessa even comments on it when Luke escapes her pins several times in a row. However, Vanessa prevails round after round thanks to her better wrestling skills, lower-body strength and pinning ability, as well as sheer determination and ferocity. If you have watched Vanessa wrestle before, you know that she is highly competitive. As the match goes on, in order to beat Zoe’s score, she gets even more aggressive when forcing Luke underneath her, pinning his forearms down with her knees, trying to immobilize his upper-body completely, in order to keep him from escaping. An absolutely beautiful performance by Vanessa will delight all fans of this newcomer, who has risen the ranks to be one of the best wrestlers at Fight Pulse in a very brief period of time. However, can she out-pin Zoe?

If you are a fan of females pinning down males with high chest-straddle schoolgirl pins as well as other pindown holds in a competitive setting, MX-118 and MX-117 are two of our best titles for you!

Match outline: staredown, the match itself (15 minutes), victory pose (sgpin, then foot on face), concluding interviews with all 3 participants of the pindown contest. 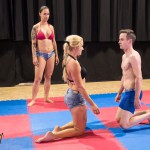 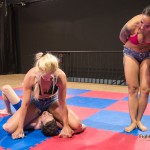 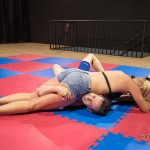 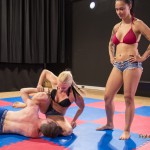 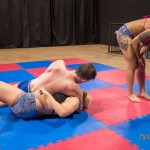 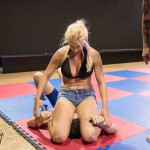 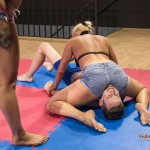 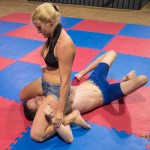 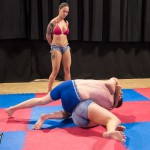 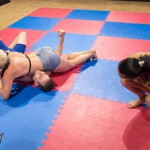 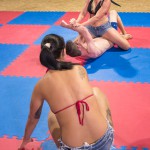 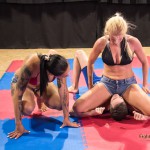