Zoe (stats) vs Luke (stats) is a masterclass by Zoe on how a woman can pin down a man under her, keep him immobilized by straddling his chest and neck, despite his best effort to fight back. If you are a fan of pindowns in a real competitive mixed wrestling match, MX-117 is an absolute must-see for you!

MX-117 is the first video of the custom-request pindown contest between Zoe and Vanessa. The two wrestlers enter a contest of who can pin Luke down more. They agree to referee each other’s matches and count the pins. In the pre-match interview with all 3 wrestlers, neither of the females give Luke a chance to pin either of them down. The only question for them is who can pin Luke down more in the given timeframe.

Luke has improved since he started at Fight Pulse. But, can he stop Zoe from taking him down and pinning him to the count of 10? It turns out, not really. He does escape some of the pins, but is mostly dominated by his ferocious female opponent. Zoe crushes Luke’s defense, immobilizes him beneath her, mostly via tight schoolgirl pins, and keeps him down to the count of 10, round after round, just as she promised. She caps off her dominance with a rough foot-on-face victory pose, while Vanessa lifts her arm in the air declaring her the victor.

Zoe scores a very high amount of pins in this match. The question is, can Vanessa beat that score? 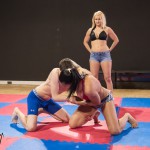 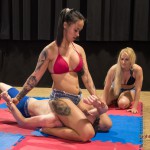 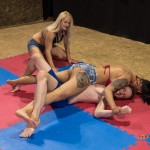 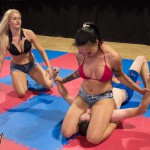 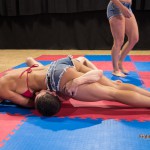 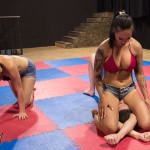 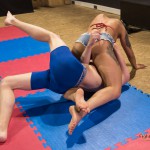 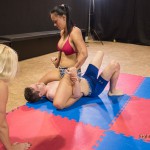 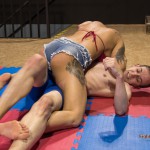 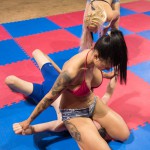 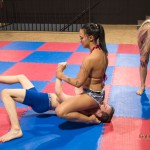 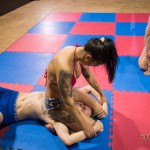