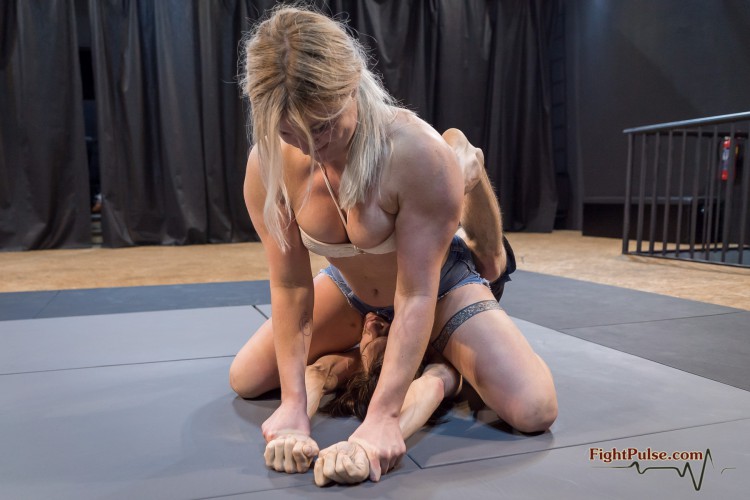 Have you ever been forced onto the floor, straddled and pinned down by a woman who is more powerful than you, against your will, unable to get her off your chest or neck no matter how hard you try? That’s exactly what happens to our male newcomer, Marcus (stats), underneath the modern-day Amazon, Scarlett (stats) in this competitive, mixed, schoolgirl-pins-only match!

In MX-166 Scarlett puts on an amazing display of female power in one of her best performances at Fight Pulse to date.

Marcus is as driven as ever, aggressive, determined to withstand the wrecking ball, that is Scarlett, on the mats. He tries his best to fight his female opponent off of him, but Scarlett is simply too strong for him. Round after round she is able to get him onto the ground, mount him and sit on his chest firmly until the count of 10. Marcus is no slouch, and he is sometimes able to escape, but Scarlett keeps on the pressure until, inevitably, she gets him back down underneath her, trapped under her big, powerful legs again and again.

MX-166 is a must-watch for fans of schoolgirl pins in competitive fights, and of women who are capable of pinning down fit men in an aggressive confrontation. 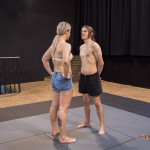 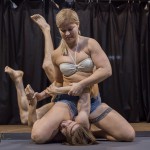 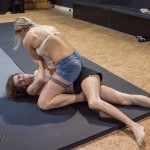 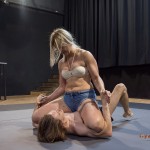 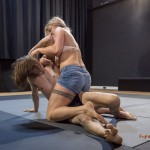 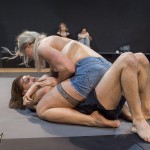 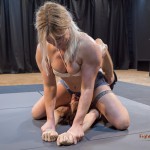 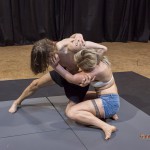 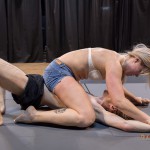 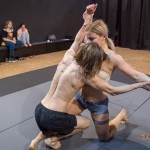 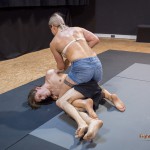 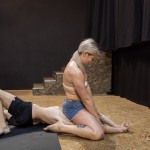