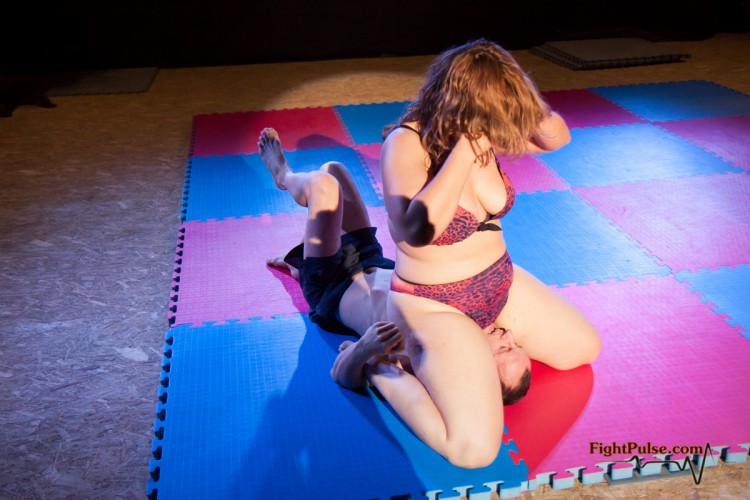 MX-20 is a furious competitive facesit-wrestling match between Czech amazon Lucrecia (6′ 0″, 216 lb, 26 yo) and insurmountable (pun intended) Marek (5′ 10″, 141 lb, 38 yo). Marek is a fast learner and his wrestling skills have rapidly grown since he has joined Fight Pulse in September. If this match had happened back then, we would have no doubt that Lucrecia would dominate Marek every second of it. But this fight, held on 29th of November, is far from one-sided. It is a battle of wills more than anything else. It is also one of the most aggressive matches we have filmed so far, that almost gets out of control at one moment. Lucrecia is aggressive, like you have never seen her before. Moreover, this was the last match of the day, and both of the wrestlers were tired, and we were expecting slow action. But we were very wrong! The longer the match goes, the more furious the opponents become. The heat mostly arose due to the fact that facesitting rules are very difficult for wrestlers, as continuous failed attempts to straddle the face of the opponent can be pretty frustrating, especially when the difference between wrestling skills of the competitors is not significant.

If you are a fan of competitive mixed wrestling with facesitting-only rules, then you want this match in your collection! 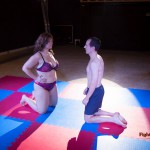 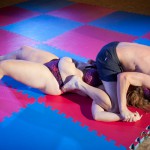 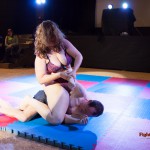 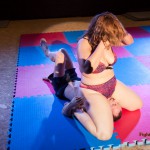 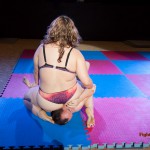 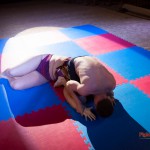 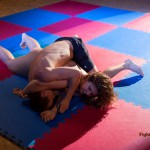 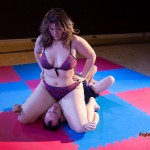