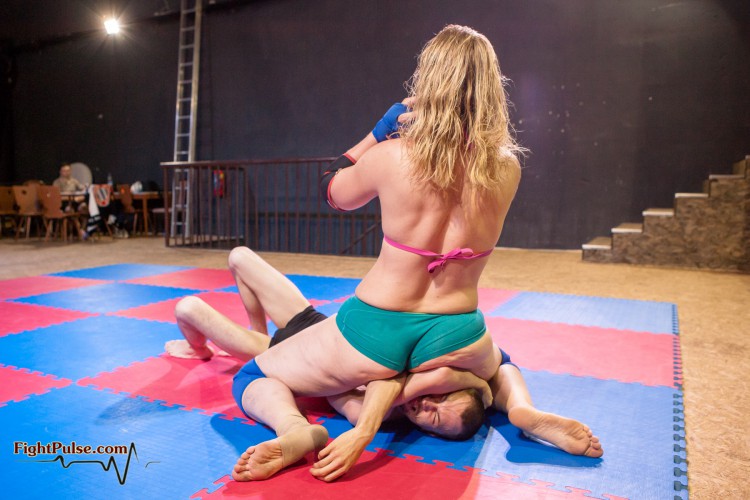 In one of the most one-sided real mixed wrestling matches of this year, Czech Amazon, Anika (stats), meets Frank (stats) on the mats of Fight Pulse.

Anika toys with Frank as she pleases, overpowering, pinning and submitting him at will. To add to his humiliation Anika even poses over him as she has him immobilized under her weight. At one point she does splits on his face while having him in a matchbook pin. Another round she pushes his head up tighter in her reverse figure-4 and tells him to “eat it. Frank seems tiny, trapped between thick powerful legs of the 6′ 4″ female wrestler who outweighs him by 60 pounds (27 kg). He does his best to escape and gain some kind of an upper hand each time, but is heavily overpowered and subdued round after round.

Frank disrupts Anika’s post-match victory posing and humiliation of him, trying to get away one more time, and quickly pays for it, being forced to submit within seconds to Anika’s bodyscissors. In her signature style, after the victory pose, Anika fireman-carries her “prey” out of the arena.

If you are a fan of mismatches in competitive mixed wrestling, featuring big powerful women against smaller weaker males, you will love MX-92! 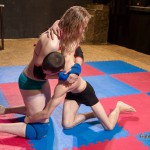 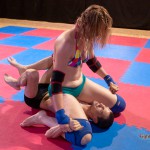 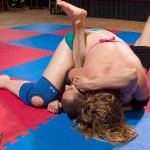 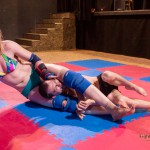 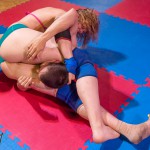 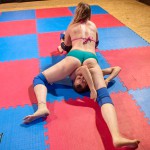 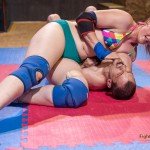 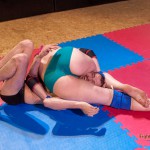 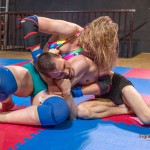 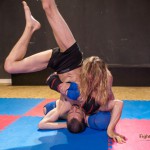 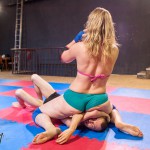 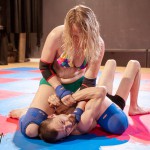