Laila’s debut at Fight Pulse, in which she faces Xena, ends up being one of the most intense and aggressive matches we have ever filmed. It also is easily the sexiest. Not only because of accidental nip-slips, but also because of absolute effort exerted by both opponents, the interchanging looks of determination and desperation, the very visible and audible agony.

Laila (5′ 9″, 159 lb; 176 cm, 72 kg) and Xena (5′ 11″, 161 lb; 180 cm, 73kg) are closely-matched size-wise. In the pre-match interview Xena said that she has better chance of ending up the winner of this match. Nobody knew what to expect from Laila, but in our eyes she was the underdog too. Laila ended up surprising us with unseen ferocity, and great dominant attitude. However, experience was on Xena’s side. Both wrestlers showed outstanding stamina in this long tiresome fight with almost no break between the rounds. We only gave one 2-minute break in the middle of the match.

There is a decisive and dominant winner, achieving victory with exceptional schoolgirl pins and bodyscissor submissions. But the true winner here is you, dear audience, because this is one-of-a-kind intense aggressive competitive female wrestling match between two women who are determined to win the encounter no matter what – one because she does not want to lose to a newcomer, and the other because this is her Fight Pulse debut, and she is clearly not one to be pushed around.

Who will prevail? We found out. Now it’s your turn. 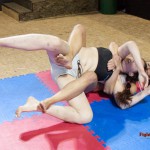 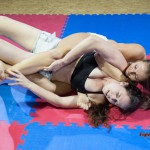 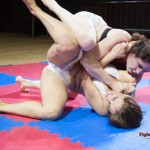 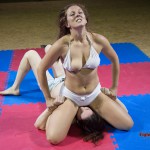 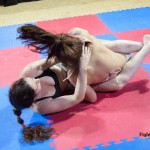 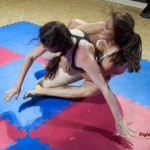 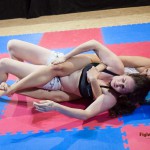 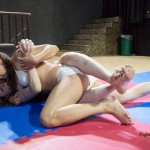 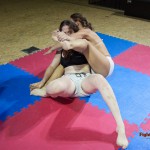 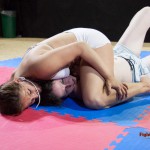 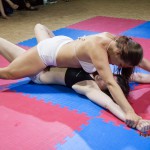 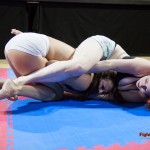