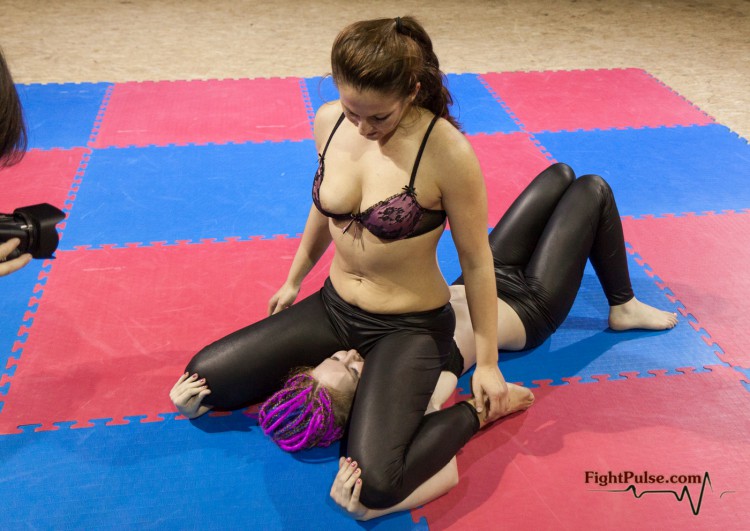 FW-24 is a competitive female wrestling match between Revana (5′ 5″, 121 lb) and Laila (5′ 9″, 159 lb) in a new experimental STYLE – pindown until submission. The only way to score a point under these rules is by making the opponent submit from being pinned down. The submission has to be uttered. More precisely, the pinnee (let’s make that a word), has to utter the words “I submit” in order to finish the round. The submission from a pin can come in many ways – from being smothered by the weight, being choked via neck straddling, from pain in the biceps from the pressure of knees / shins, from overstretched legs in a grapevine pin, or from pain in the jaw from the pressure applied with the pubic bone while in a tight schoolgirl pin.

The interesting style and format of this match was suggested by one of our fans, and we decided to give it a go. The wrestlers are wearing wet-look leggings and bras. The video starts with a lengthy interview where both competitors comment on schoolgirl pin technique and discuss the new rules. This is followed by a short arm-wrestling segment, which is followed by the actual match. Since this is an experimental concept, we decided to pick the opponents with a significant size / skill gap between them in order to observe how a more or less one-sided match will go and which pins will result in submissions. In this match most of the submissions come from the pressure applied by the pinner with her pubic bone on the jaw of the victim. This, along with Laila’s rough technique, made FW-24 the most painful match Revana had ever had at Fight Pulse. Laila is relentless in her attacks, and pins Revana down round after round, straddling her face, sometimes even taking her knees off the mats in order to put her full weight on Revana’s jaw. Revana’s expression is one of desperation and pain, especially towards the second half of the match. She fights back like never before, only to get straddled and made to say “I submit”, sometimes incoherently, due to her jaw being shut by Laila’s weight.

If you are a fan of schoolgirl pins, you will love this video. This is a sgpin torture video like none before.

Please feel free to let us know in the comments or via the contact form what you think about the format and what improvements you would make to the rules.

Match outline: introductory interviews, arm wrestling, the match itself, long victory pose (first grapevine pin with eye contact, then straddling and flexing, then standing beside the defeated opponent and flexing). 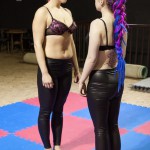 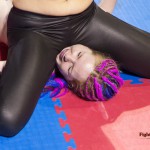 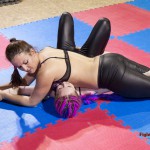 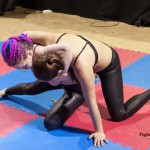 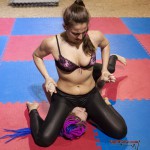 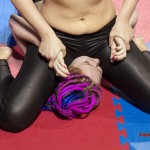 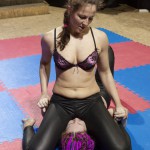 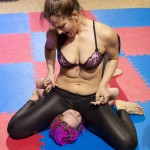 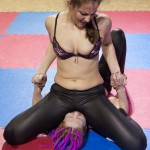 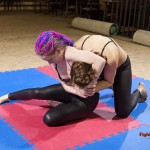 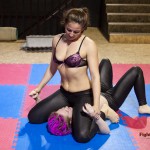 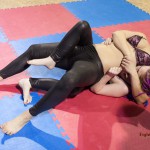 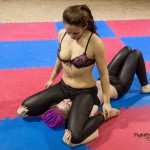 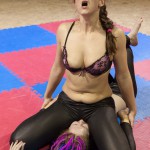 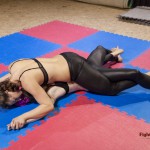