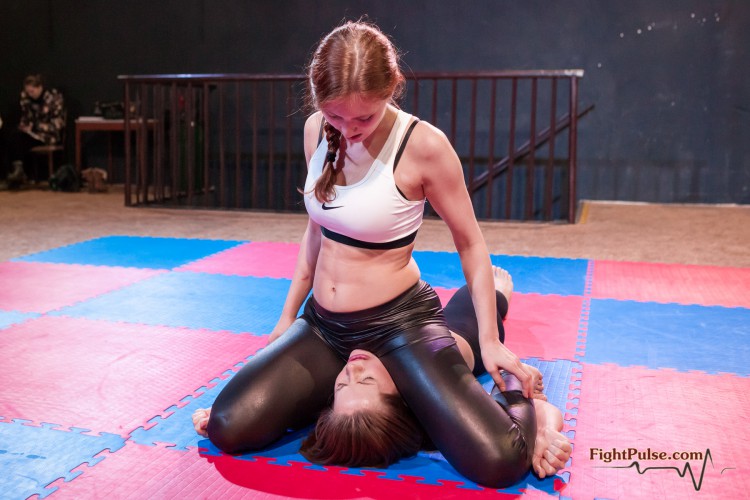 Akela needs no introduction to Fight Pulse fans. However, newer Fans and Subscribers might not know her as well. She is an experienced wrestler and a fierce competitor, who has contested the lightweight throne twice, coming short by the smallest of margins both of the times. She is ranked at #5 in our pound-4-pound rankings, and is arguably one of the best natural pinners at Fight Pulse, partly thanks to immensely powerful legs that are on par with the strongest in the business (she always dominates the scissors competitions in H2H contests, even against bigger opponents, such as Laila in HH-05), but also a strong core and good balance. Despite all the physical tools, some would say her biggest talent is her aggression and a true fighter’s mentality. There are two ways in which an F/F match with Akela can go. It is either one-sided with Akela enjoying dominating a less-experienced / weaker opponent, and only using aggression briefly to impose positional dominance, or it is a wild brawl, which while enjoyable to an extent, is something we, the crew, hope ends soon, while filming. Her battle with Zoe in the first lightweight championship final, FW-21, and her first encounter with Jane in FW-27 are probably among the wildest matches we have ever filmed.

Sasha is new to Fight Pulse, having joined our team only 6 months ago, in December, 2016. However, she has already gained a lot of fans due to her very personable character and love of wrestling. This is our first competitive release with Sasha, but not her first competitive match, which is Sasha vs Calypso, which took place in late December, and which will be released on 17th of June. At 5′ 1″ (156 cm) and weighing 121 lb (55 kg), Sasha is one of our smaller competitors. What she lacks in size, she makes up for in heart. The sole existence of this match is a testament to that, since not many of our female wrestlers enjoy the prospect of fighting such an imposing wrestler, as Akela.

The pindown-until-submission rules is a style that one of our customers came up with in late 2015, the result of which was FW-24, which became an instant hit, and is our third best-selling FW title ever (April, 2017). The following two pindown-until-submission titles, MX-62 and FW-48, have both received overwhelmingly positive responses. As the name suggests, this is a submission-only style. But submissions can only come via pindowns – schoolgirl pins, neck-straddling pubis chokes, jaw-straddle grinds, grapevine pin and any other positions that involve keeping one’s opponent on their back. In order to submit your opponent via pins, you either have to rely on delivering pain (stretching their legs in a grapevine pin, straddling their jaw and grinding the pubic bone onto it, putting the knees on the biceps), literally taking their breath away (heavy front and reverse schoolgirl pins, chest-straddle splits), or via choking them (all neck-straddle positions). This makes matches in this style an intense experience, especially for the loser. On top of that submissions have to be verbal (where possible), which also adds another humiliating aspect to the encounter.

What a first real test of combat skills for Sasha – facing the fearless aggressive lightweight warrior, Akela, in a pindown-only match, that only allows the type of holds that Akela has long mastered! How good exactly is Sasha? Will she be able to mount the experienced wrestler using pure strength and instinct, or will Akela use Sasha as a straddle-toy, dominating her under her weight?

If you are a fan of schoolgirl pins and other forms of pindowns in competitive female wrestling, FW-60 is one of our best titles for you, since those are literally the only types of holds allowed, and there is a large number of them.

If you would like to remain unaware of the result, please skip the following spoiler section.

Click here to read more about this match (possible spoilers)
As many of you expected, while Sasha does her best, she is no match for Akela. Akela has a relatively easy time taking down her smaller opponent and mounting her chest each round, and once Akela is on top, it is only a matter of time before Sasha admits submission. Sasha’s lack of experience and size disadvantage only widen the gap between the two. Akela applies schoolgirl pins, grapevine pins, pubis chokes, reverse sgpins, cross-body pins and more to score points, and there is very little that Sasha can do to extend rounds. FW-60 is a one-sided pindown domination by the stronger and superior wrestler, which Akela caps off with a long dominant sgpin and foot on chest victory pose. 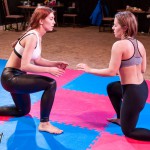 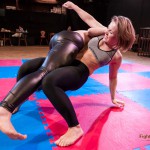 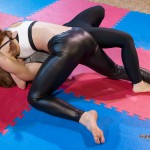 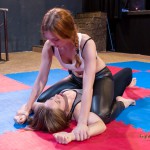 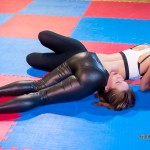 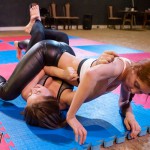 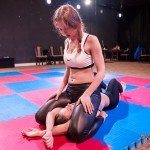 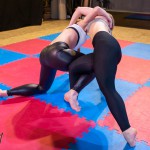 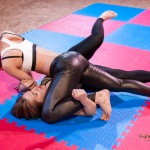 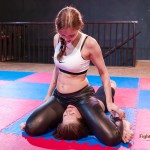 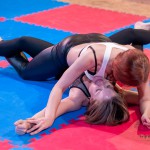 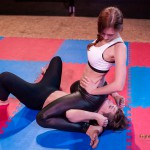 1 Comment on "FW-60: Akela vs Sasha (pindown until submission)"