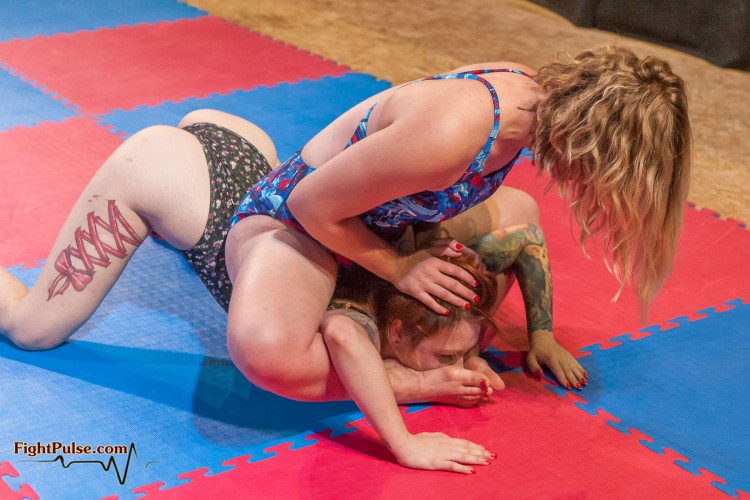 In our first ever competitive F/F domination-rules match, Foxy (stats) is pitted against a formidable grappler, our guest from UK, Venom (stats).

This does not go well for Foxy, as Venom is both too strong and too experienced for her to mount any offense against. Venom has her way with Foxy, overpowering, immobilizing and subjecting her to humiliating positions and holds round after round, almost toying with her despite her trying her best to fight back.

For the convenience of those who are not familiar with this ruleset, here’s the description: under the “domination rules” ruleset only facesitting pins or submissions, foot on face pins, and foot choke submissions are allowed and counted towards the score. The scoring system is as per normal Fight Pulse rules, however pindown positions and submissions are limited to the following holds:
– foot on face (pindown count)
– foot choke (submission)
– face in crotch (pindown count)
– crotch on face (smother submission – usually from facesitting and sometimes from reverse figure-4 scissors)

If you enjoy F/F domination in a competitive setting, with one wrestler being greatly superior to her opponent both in skill and strength, and overwhelming and subduing her, often easily, FW-80 is for you! 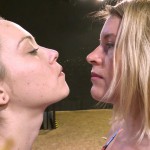 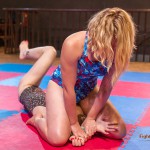 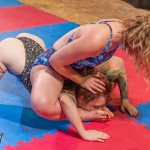 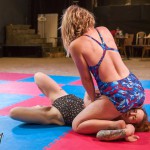 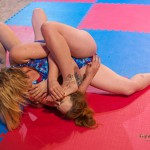 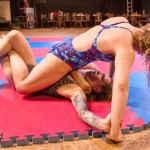 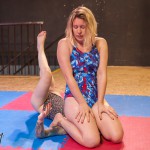 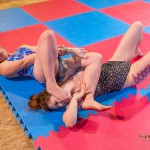 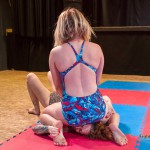 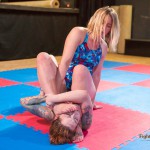 Probably my favorite match you guys have produced so far! Would love to see more competitive F/F domination matches with foot smothering/domination like this in the future!