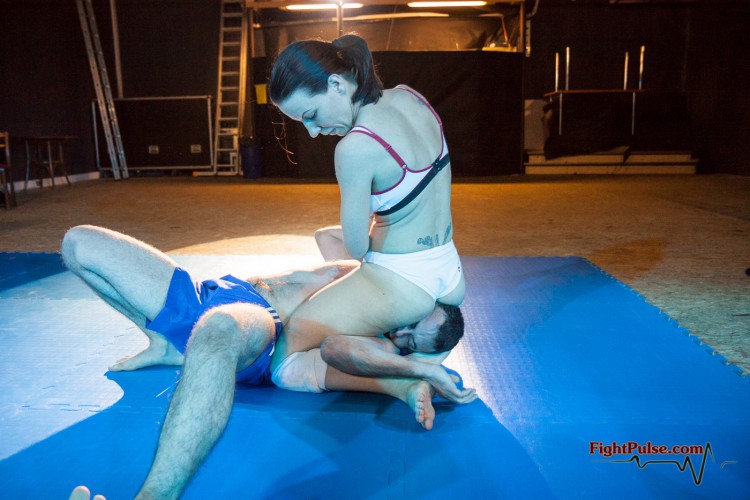 This is our third competitive mixed wrestling video with domination rules after MX-04 and MX-16. Under domination rules only facesit and foot on face pins to the count of ten & submissions including foot chokes count as a point. This match was filmed during the beautiful Hungarian wrestlers Zsuzsa and Viktoria‘s visit to our studio.

Gregor (5′ 7″, 154 lb, 36 yo), the newcomer, is slightly taller than Zsuzsa (5′ 4″, 130 lb, 31 yo) and outweighs her by nearly 25 pounds. However, he is an average non-fit male who has done very little sports in his life. Zsuzsa, on the other hand, has 12 years of session wrestling and video-work on her side. Gregor’s upper body is naturally stronger than Zsuzsa’s, however his stamina is lacking and wrestling technique is practically non-existent. This video clearly demonstrates what happens when a man like Gregor faces a fit and skilled woman like Zsuzsa in a real wrestling match. He is dominated from start to finish – crushed under the bottom of the gorgeous Hungarian wrestler as she immobilizes him while straddling his face; pinned down aggressively and assertively as she plants her bare foot onto his face as he grasps for air – despite his best effort. Gregor puts up an average fight until he gets exhausted, and starts tapping out because of lack of oxygen and the pressure that Zsuzsa so skillfully puts on him with her entire body. Despite the fact that we made several pauses during the match to let Gregor catch his breath and put up a better fight and maybe gain at least one submission, he is crushed and dominated again and again by Zsuzsa whose victory soon becomes absolute not only over Gregor’s body, but also over his mind.

You can see glimpses of the conquest in the demo clip below, but only in the full video you can see its extent. This is undisputable female dominance through competitive wrestling at its best!

If you have watched the match, we would appreciate your review in the comments section below. 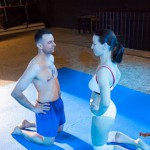 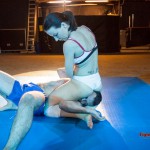 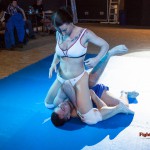 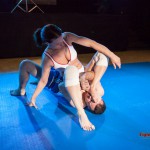 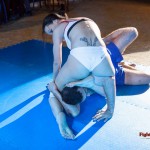 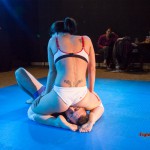 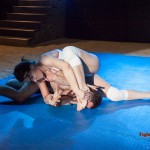 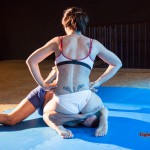 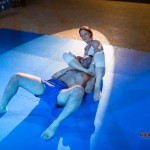 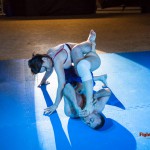 That pin in the fourth picture along with the interview look very humiliating.