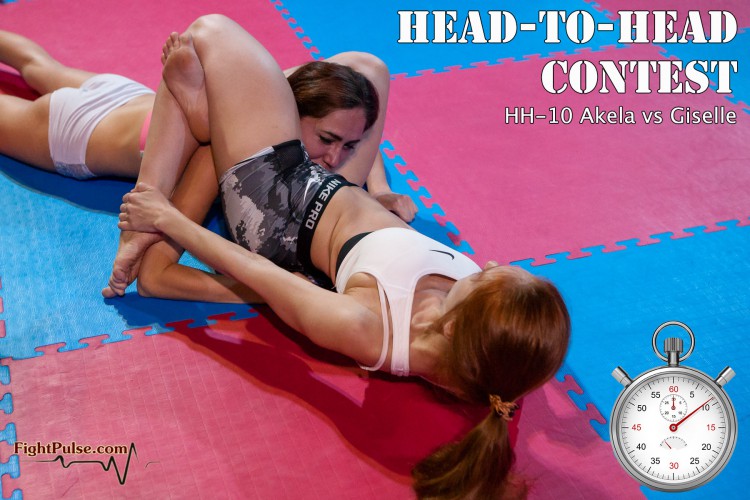 Akela (stats) and Giselle (stats) are pitted against each other in this dramatic contest of physical feats and endurance!

Both wrestlers are extremely competitive and despise losing, which results in a long intense battle, one of the best we’ve ever produced! The lifting round is the longest we’ve ever had, due to both competitors refusing to give up.

The winner of most of these challenges is declared to be the winner of the contest. The maximum possible score is 11-0. The minimum possible difference is 0, since the challenge can end up being a tie. This could happen if 1, 3 or more of the above challenges end in a draw. The three challenges that can end up with a tie, as noted above, are arm-wrestling, leg-wrestling and sgpin challenges, when each contestant wins one of the rounds of a challenge. As to other challenges, they could theoretically end up with a tie as well, if the times are extremely close, which is nonetheless unlikely. 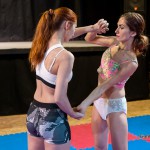 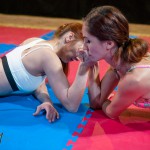 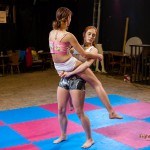 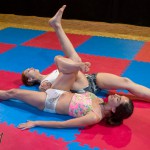 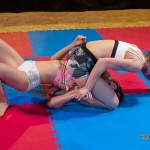 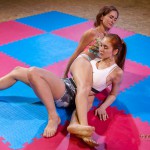 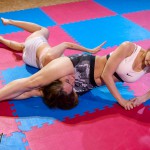 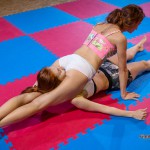 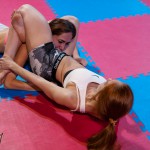 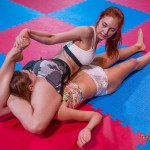 I really like these head to head competitions and was in awe at moments during this fight as both fighters put on a beautiful display of their strength and determination. The lifting challenge is worth the price of admission alone, in my opinion, as it brought out a really impressive competitive exchange of will power. I feel it set the tone for the rest of the fight, ending with one fighter proudly posing her foot on her opponents chest.