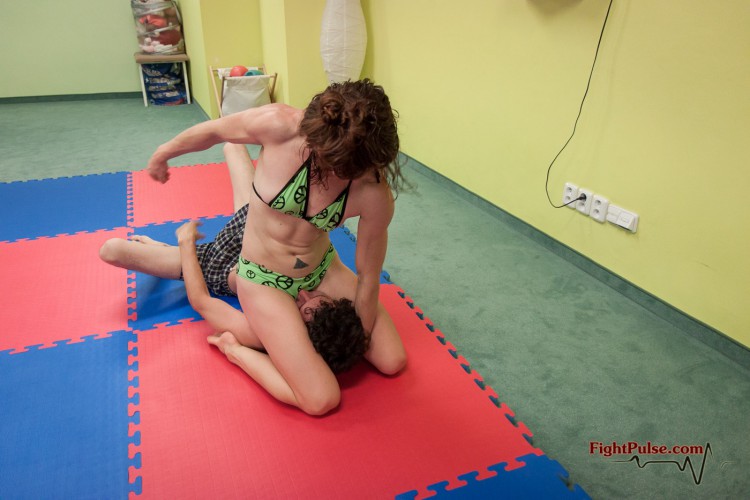 By popular demand domination rules are back! This time with Veve Lane! In her third competitive match for Fight Pulse Veve faces Fight Pulse newcomer, Joseph. When I first met Joseph he told me that no woman can beat him at wrestling if he really tried. He was surprised that I wanted him to go 100% in his matches. I had forgotten that there are still people in the world who think that way. And I loved hearing what he said. Because this type of attitude creates great matches. The moment, I thought, when he is manhandled for the first time, and his stereotypes are crushed, will be a dramatic one. And I knew that this moment, considering that Joseph has no martial arts background or incredible strength, will come very soon. And boy, does Veve manhandle him! But since before wrestling Veve he watched the very intense Veve vs Diana match (FW-09), he already knew what was coming. Just to remind you – under domination rules only facesitting / foot on face / foot choke pins & submissions are allowed and counted. Saying that this match was one sided is not saying much. Veve absolutely crushes Joseph by facesitting and footdom-ing him continuously, despite his best efforts to fight back. She achieves 13! pins and submissions in 18 minutes of action, that is 1 pin or submission each 90 seconds. Joseph does not make it easier for himself by committing several fouls in the match – he slams Veve once at the beginning, which is not allowed, near the end he accidentally kicks her in the face, and then instead of tapping to foot choke he slaps Veve in the chest in panic twice, even though told not to do so. I think that’s the reason, that despite skill gap, Veve does not hold back at all. All in all this match ends up being one of the best we have produced so far. 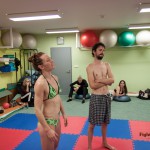 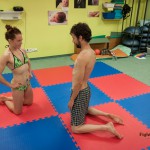 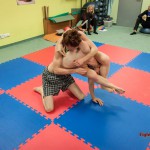 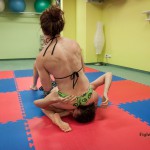 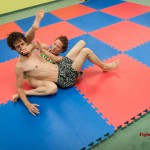 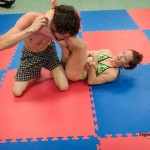 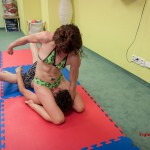 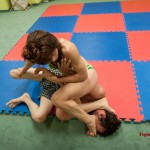 The “domination rules” style is one of my personal favorite match types on Fight Pulse, and VeVe Lane more or less defined it right here. Although Viktoria did it first (MX-04) and there have been better domination rules matches since, MX-16 always sticks in my mind as a perfect example of the style. VeVe uses her considerable skill to score on Joseph in just about every way possible under the ruleset. She varies it up throughout the match, ultimately scoring 5 points via facesitting and 8 points via foot domination. And even within those categories, VeVe mixes it up plenty,… Read more »