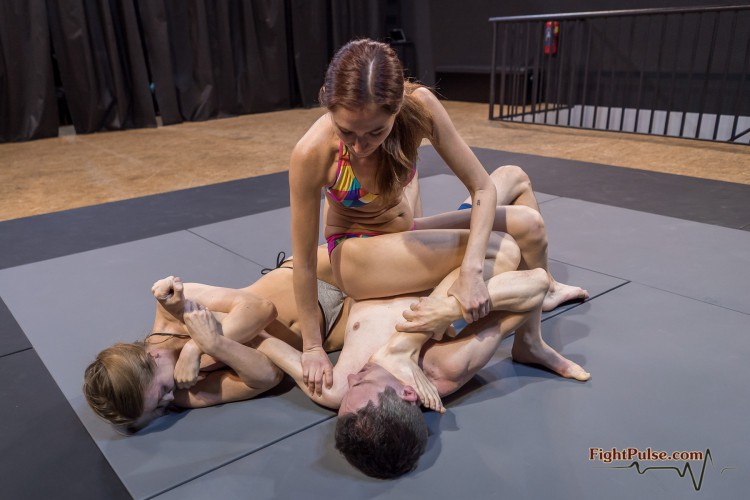 Two lightweights, Giselle (stats) and Virginia (stats), are teamed up against Luke (stats) in this 2F vs 1M competitive mixed wrestling match.

Last year Giselle defeated Luke convincingly in a standard, 1-on-1, competitive match (MX-124). How much of a chance then does he have when Giselle is teamed up with another feisty wrestler? Not much. Everyone in the audience expected it to be a squash match, and that’s exactly what it is.

Giselle and Virginia are simply too much for Luke to handle. While he tries his best to defend holds and survive those he couldn’t defend, the two female fighters wrap him up incredibly fast each round, either immobilize him, squeeze or smother him into submission, again and again and again, dominating him throughout the entire match.

The harder Luke tries, the more ruthless is the ladies’ attack. Look out for a very aggressive headlock by Virginia as well as a ruthless foot-on-neck pin by Giselle early in the match.

If you love to see two women dominate a man despite his best effort while enjoying themselves, you will love MX-163! 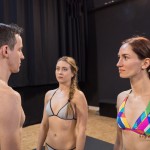 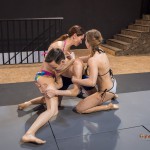 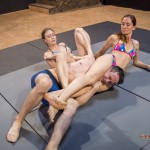 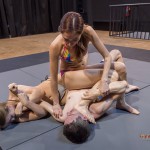 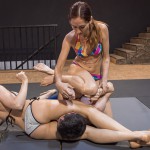 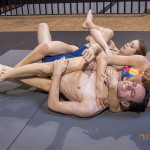 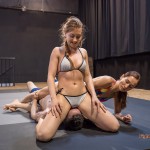 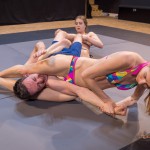 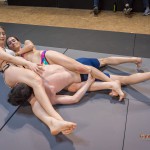 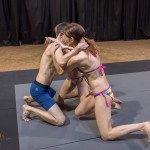 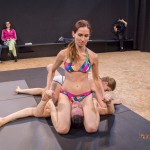 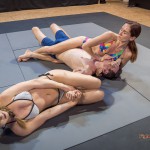 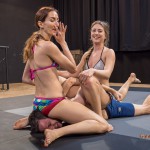 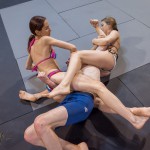 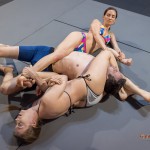