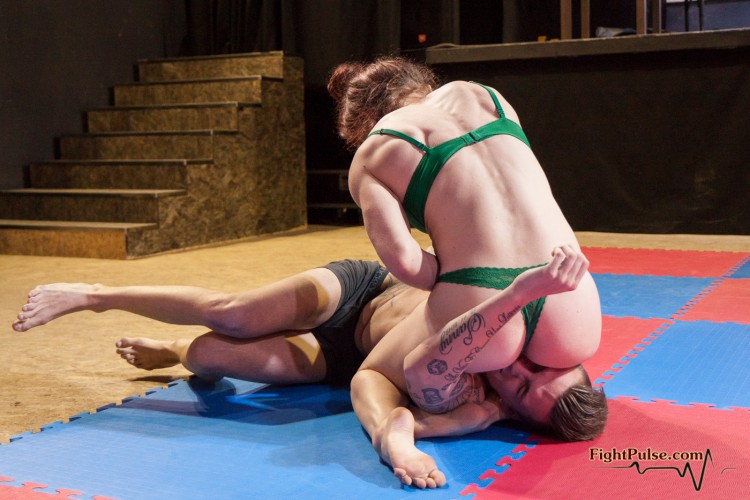 Second video we shot with VeVe Lane during her most recent visit to Prague is a competitive mixed wrestling match with domination rules. In this match VeVe Lane is pitted against our new lightweight male wrestler, Andreas (stats), who is slowly gaining experience and improving his endurance.

MX-57 is our 5th domination-rules release. We introduced domination rules in July, 2014, with MX-04 Viktoria vs David 2. The ruleset proved to be popular – MX-04 is our #2 best-selling video of all-time – and we made 3 more. However, the releases with domination rules are infrequent, since because we chose to reserve domination rules to MX titles (unscripted real wrestling) it is not easy to find the right match-ups. This match-up with VeVe Lane and Andreas is just what we had in mind for the original concept.

The idea behind DR matches is simple. In order to score points a competitor has to put their opponent to humiliating positions despite their best effort. The scoring system is as per normal Fight Pulse rules, however pindown positions and submissions are limited to the following holds:
– foot on face (pindown count)
– foot choke (submission)
– face in crotch (pindown count)
– face in crotch (smother submission – usually from facesitting and sometimes from reverse figure-4 scissors)

The above is of course attempted in an absolutely competitive setting, where both competitors try their best to apply / avoid the humiliating positions.

Needless to say, Andreas has nothing to put against VeVe’s grappling skills and massive experience of domination wrestling. While there is a good struggle in the first half of the match, once VeVe figures out how to immobilize Andreas and control his body, pins and submissions follow one another. Andreas’s humiliation does not end with the fight though, and is followed by a long and imposing victory pose sequence, one that only VeVe Lane can deliver with such authenticity. As Andreas is laying defeated being treaded on, he looks up at his victor, into her eyes. VeVe does not like the eye contact and puts her foot firmly on his face covering his eyes, saying “What are you looking at? You lost! You lost! Don’t look up here. This is where the winners are.” MX-57 features genuine female domination in real mixed wrestling at its best.

Video containing introductory interviews to all of VeVe’s matches at Fight Pulse was published and is available publicly in this blog post. 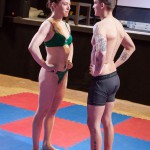 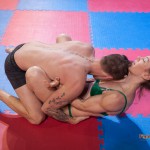 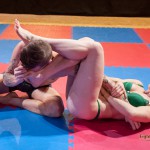 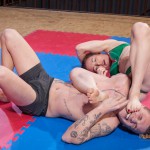 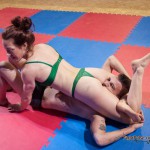 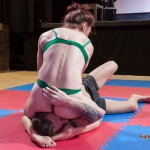 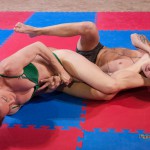 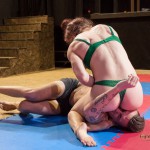 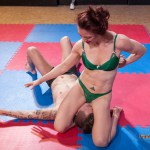 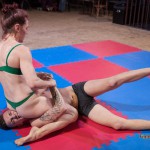 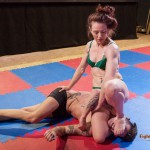 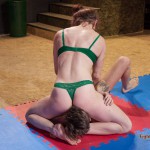