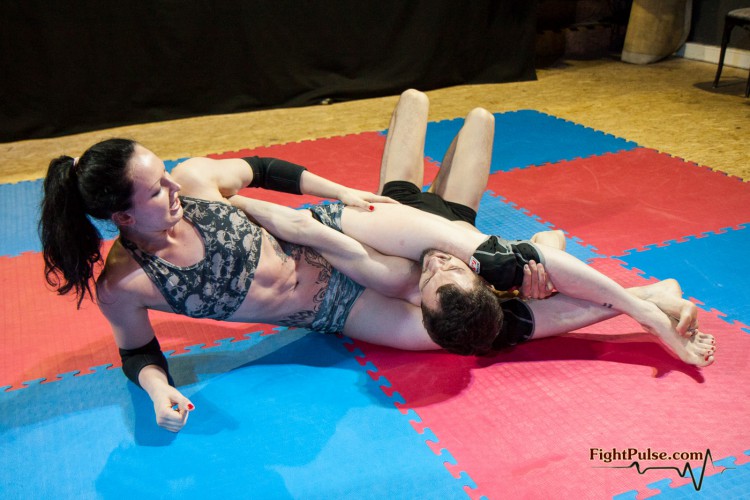 In all honesty, we expected Frank (stats) to do well in this match and possibly outscore Karina Gotika (stats) thanks to his MMA and BJJ experience, despite his weight disadvantage. He is strong for his size, agile and very flexible. This is the first competitive mixed wrestling match that we gave Frank at Fight Pulse, since he is too good for at least half of our roster. Little did we know.

Karina once again proves why she is one of the best session wrestlers out there today, putting on an unbelievable performance in this intense fast-paced match. Not only does she display superior technique, outwrestling and outgrappling her opponent, but also thanks to aggression and brute strength quite simply dominates the match from start to finish. Karina uses her ever-improving skillset, weight advantage and strength advantage cleverly, controlling her opponent round after round, performing beautiful takedowns and creative sweeps, ending up in dominant positions every single round, and eventually scoring with impressive effectiveness via pins, arm and leg chokes and other submissions (see the tag list below the release).

MX-70 is definitely one of our best competitive mixed wrestling releases of this year, featuring a very dominant performance by the female wrestler. If you enjoy watching intense, yet one-sided, mixed wrestling matches, with an experienced male wrestler trying his best and failing greatly, despite his technical abilities, and a talented and physically stronger female wrestler achieving victory quite decisively over an intimidating male opponent, then this title is for you. 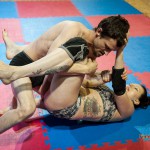 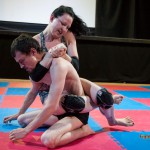 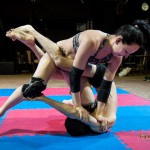 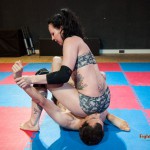 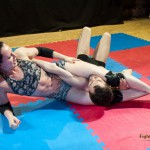 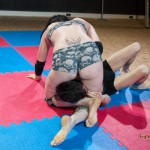 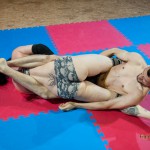 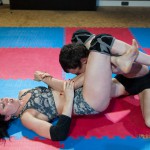 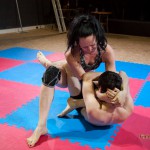 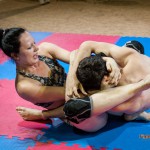 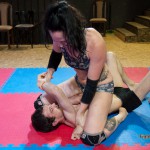 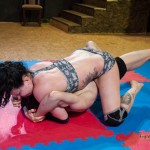 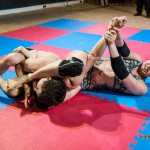 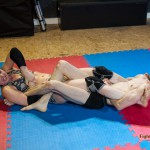 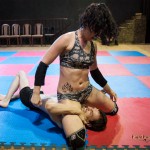