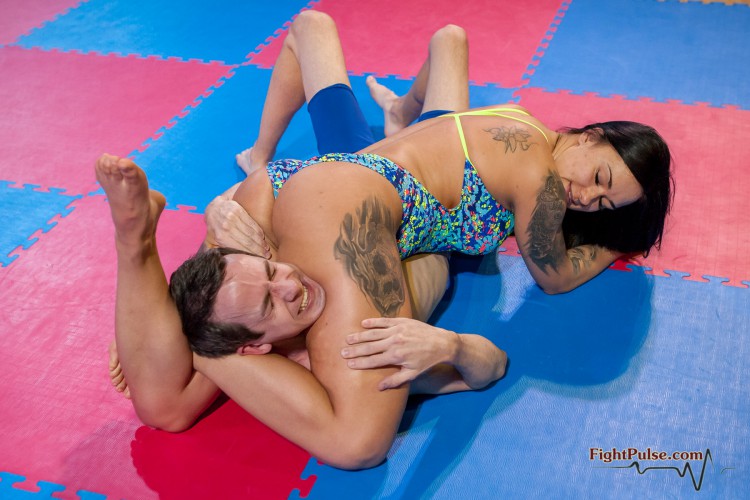 Before filming this match we asked Luke (stats) if he wants to test himself in a fully competitive onslaught match against Zoe (stats). He said that the match would not look any differently even if he tried his best, that it would still be indistinguishable from a domination video. Luke said he will try some, but it will probably not matter, since he has lost to other female wrestlers in competitive matches that Zoe had beaten. Zoe smiled upon hearing this, looking at his skinny frame, confirming that he is probably right, accepting his surrender even before they squared off.

Zoe went on to display her complete physical superiority over her male opponent-turned-victim in this video, who acknowledged in advance that he has zero chance against her in combat, proving why he was right. If you are a fan of true female domination in mixed wrestling, you will love this video full of facesitting, headscissors, foot domination, schoolgirl pins, pubis chokes, other choke holds and other humiliating and smothering holds! 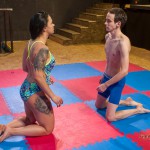 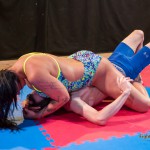 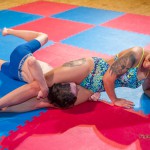 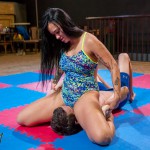 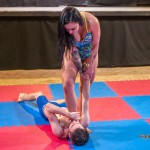 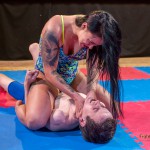 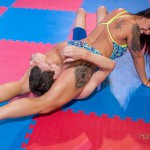 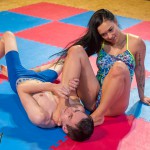 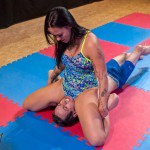 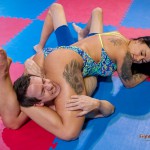 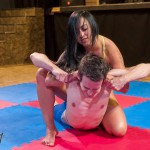 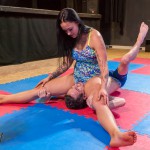 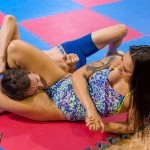 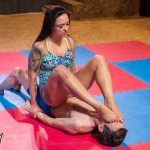 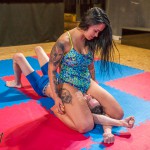 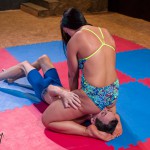