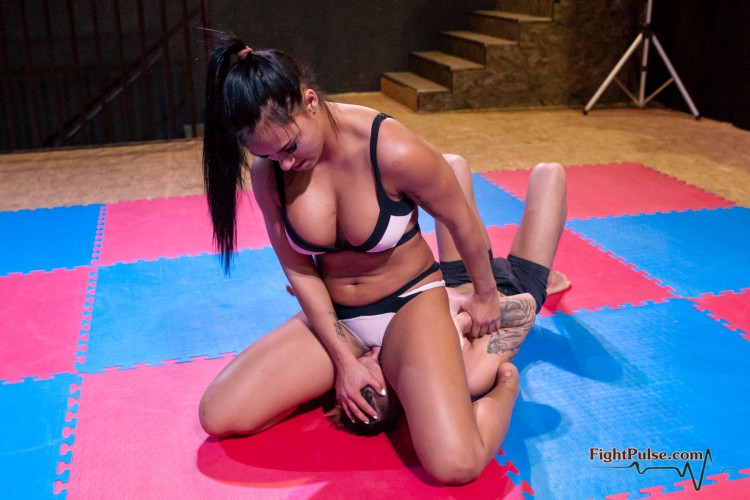 With a record 80% anticipation rating, Zoe’s first smother-submissions-only mixed wrestling match is now officially the most anticipated release since the launch of the upcoming release polls!

And rightly so! Our lightweight fan favorite, Zoe (stats), puts on a display of physical dominance over her male opponent in a literally breathtaking way. A large number of front, reverse and side facesitting, breast-smothering as well as belly smothering holds by Zoe that leave her opponent gasping for air make this video a must-see for all who enjoy smother submissions, as well as Zoe’s fans.

After almost 20 submissions, Andreas is exhausted on the mats, breathing heavily, and does not seem to want to continue the match. Zoe uses this opportunity to further dominate Andreas, making him submit using belly and breast smothering, then mounting his face full-weight and making submit continuously to the facesit, capping it off with a victory pose while straddling his face.

NC-75 is one of our best smother-rules matches to date! If you are a fan of one-sided mixed wrestling videos, where the female imposes her superiority via facesitting and other smother holds, you will love this title. 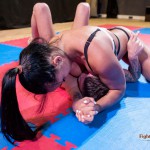 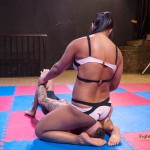 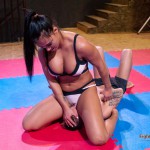 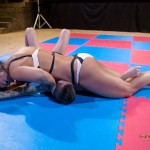 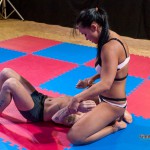 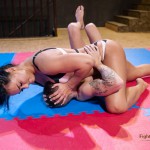 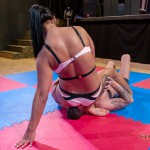 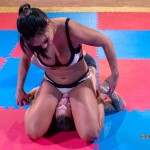 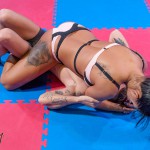 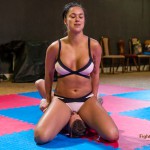 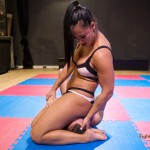 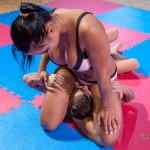 This looks awesome! Zoe is so freaking hot!

An absolute smother extravaganza is the best way I can think of to describe this video! Zoe puts on an amazing and beautiful display of smothering holds in this special smother rules match against Andreas! The video lasts for 20 minutes and during that time, Andreas is barely allowed to breathe at all, thanks to the great job that Zoe does of using various smothering holds to dominate him. The description says that this is Zoe’s first mixed smother match, but she does such a great job of smothering her male opponent in this video that it’s hard to believe… Read more »

Andreas never gives up but Zoe’s smothers are not ones to be escaped easily no matter how much you try to get out.