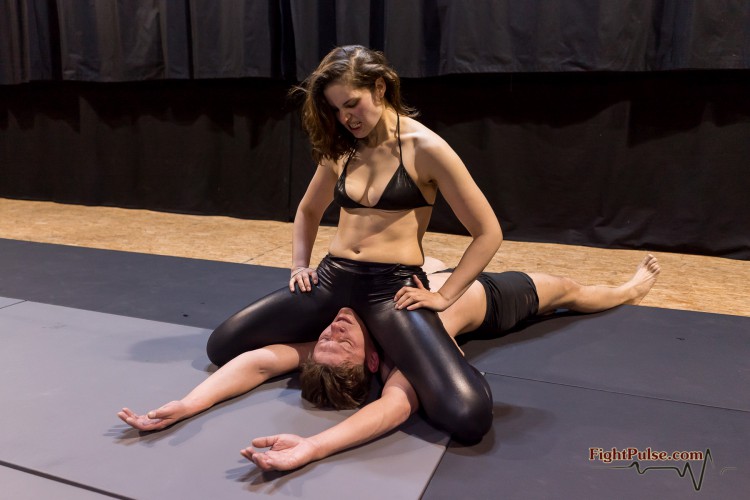 Gloria (stats) straddles her opponent-turned-victim’s neck with a heavy, tight, schoolgirl pin and makes him submit to her repeatedly by driving her crotch into his throat, for close to half an hour, while talking down to him and mocking him, indulging in her seat of power.

Essentially a pubis-choke onslaught, NC-174 is one of the best schoolgirl pin domination videos we’ve ever produced. Gloria is on a quick path to becoming one of the most prominent wrestlers at Fight Pulse, in big part because of how much she enjoys physical domination and the feeling of power over another human that the onslaught style permits.

The match starts as a normal pins-only match. However, after scoring 5 pins via sgpins and facesit-pins, Gloria doesn’t get off and proceeds to choke Karel with her crotch for 20 more minutes, turning the match into an onslaught, making the male trapped underneath her submit again and again.

NC-174 is an absolute must-see for all fans of schoolgirl pins and pubis chokes in mixed wrestling! 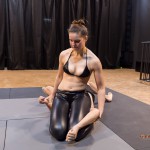 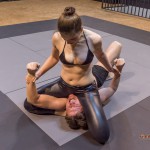 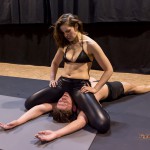 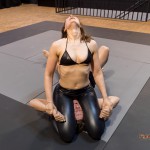 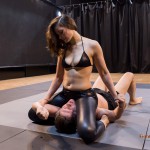 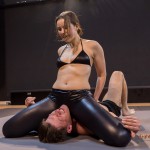 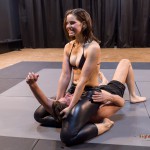 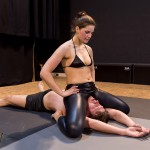