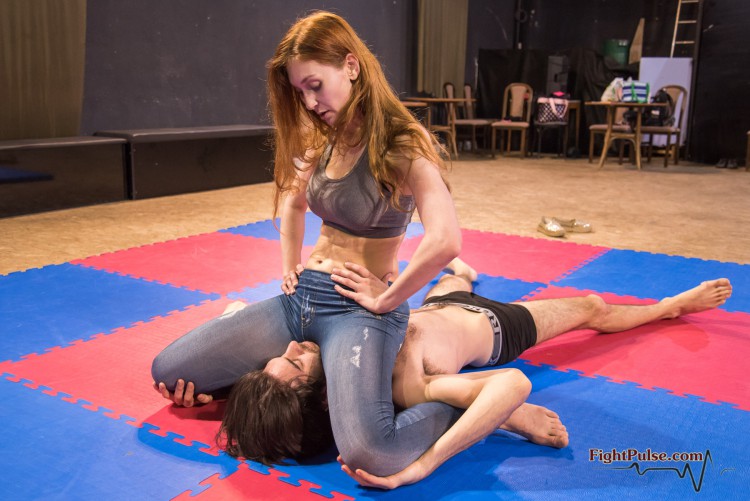 Backstage, Roberto (stats) tells Akela (stats) that he thinks her pindown videos are fake. Akela is offended by it, and decides to show him how wrong he is by inviting him to a pindown-only wrestling match.

Akela’s pindown prowess shines, as she subdues and traps Roberto underneath her round after round, immobilizing his arms below her shins, in the crooks of her legs, squeezed to his sides with her thighs, or caught above his head. Akela overpowers and out-wrestles Roberto, eventually ending up on top after a quick scuffle, astride his neck and chest, as well as across his body in a perfectly applied cross-body pin, that leaves no room for the young man to escape, forcing him to fight back from underneath to buck Akela off. But Akela, being one of the best pinners at Fight Pulse, easily rides out Roberto’s fight, while talking down at him, keeping him imprisoned under her legs. He has no answer to Akela’s big, powerful legs encasing his head, while she is seated firmly on his throat. The red-headed rider counts all of her pins slowly while looking into her opponent-turned-victim’s eyes, humiliating him verbally, mocking his inability to do something, and often even counting to ten more than once, onslaught-style.

Lengthy front and reverse, tight schoolgirl pins, grapevines and cross-body pins, foot on chest pin – this is a symphony of pindowns, and Akela is the conductor. Akela caps off her performance by making her challenger apologize to her for his words, while stepping on his face.

If you enjoy the sight of a powerful, dominant female pinning down and imprisoning a male under her weight, subduing his body and subjugating his will, you absolutely have to see NC-131!

Match outline: prologue, the match itself (18 minutes), victory pose (foot on chest, then on face). 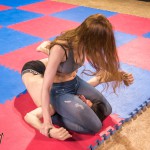 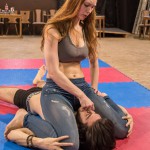 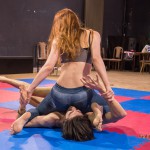 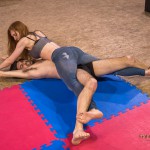 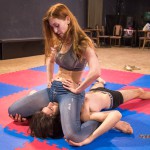 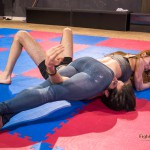 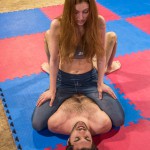 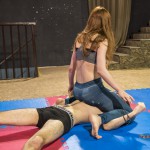 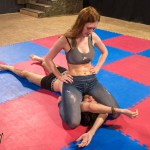 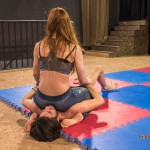