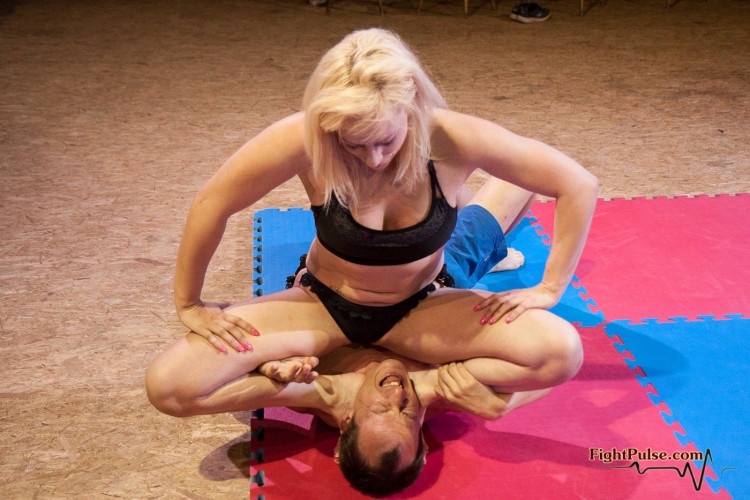 In our report about Axa Jay’s visit to Fight Pulse, as well as in the description of this title on the Upcoming Releases page, we wrote that Axa is a talented domination-wrestler, one of the best of our scene. This is why.

Axa Jay’s victim has no idea what he is about to go through as he is facing off against her at the beginning of the video. All he sees is her confident body language as she is about to begin the onslaught. Within seconds his breathing is cut off, with Axa firmly straddling his face, pinning him down in a perfect front facesit, which results in the first submission. What follows is an intense long non-stop wrestling domination as Axa Jay is on a quest to humiliate her opponent in the most creative ways possible – front and reverse facesitting, breast-smothering, neck-cranking leg chokes and scissor holds and foot chokes, accompanied by verbal humiliation. Foot domination in this video is the most creative we have ever seen or filmed, as Axa makes Marek tap again and again in imaginative foot chokes and foot-on-face pressure positions, some of which, we are certain, take place on camera for the first time. You can see the variety of holds used in the embedded gallery, which displays only a portion of Axa’s torment techniques. Moreover, the taglist of positions for this release is possibly the longest we have ever had.

At the end of the onslaught Axa makes her exhausted victim kiss her bicep as she is straddling him, and later orders him to kiss her foot planted on his face in the victory pose. 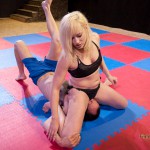 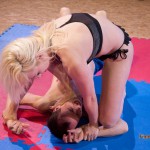 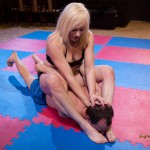 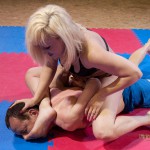 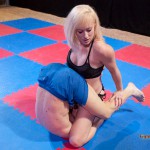 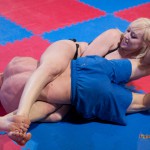 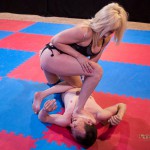 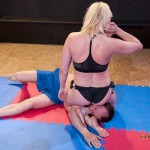 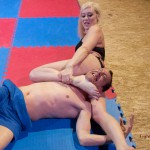 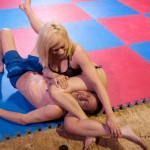 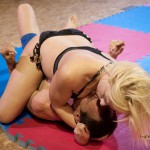 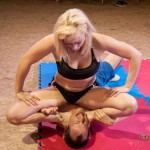 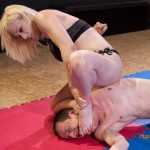 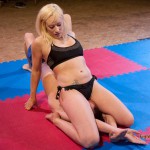 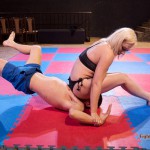 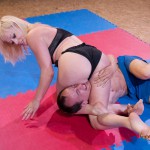 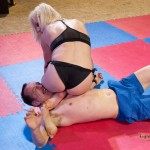 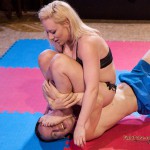 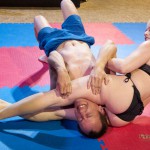 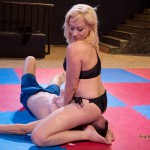 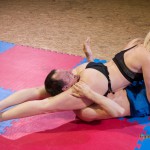 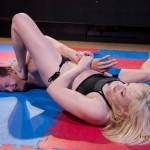 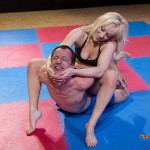 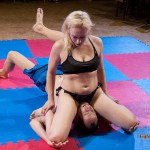