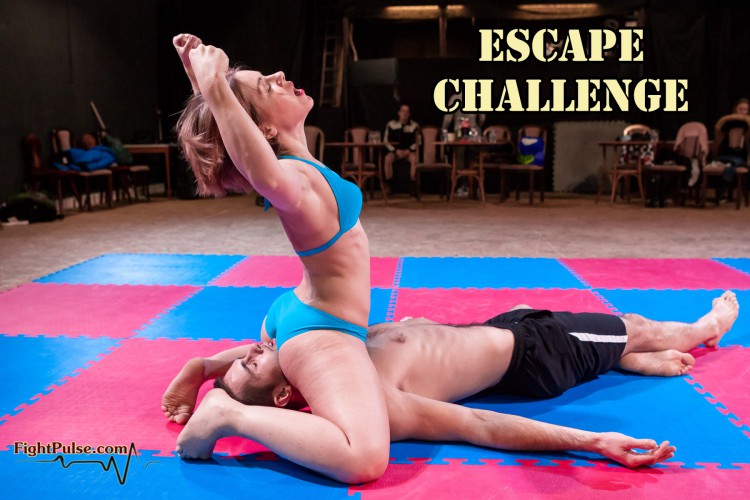 Sasha’s debut at Fight Pulse, NC-64, which became a popular title, and one of our best sold debut matches, showed that fans loved her. Well, for those of you who were waiting for it, here’s our second release with Sasha (stats).

In her second Fight Pulse match, Sasha immobilizes, dominates and poses over a much larger male opponent, Steve (stats). Her playful sensuality and joy of physical dominance while she is womanhandling the much bigger male and victory posing over him are as present as ever.

Here is a full description of the Escape Challenge style including the list of holds used:

This style consists of 11 rounds – 11 immobilization challenges. One of the competitors, the immobilizer, has to hold their opponent in each of 11 pre-defined holds / pins for one minute, within which the competitor being held tries to escape. If there is no successful escape, the point for the challenge is awarded to the immobilizer, otherwise her/his opponent receives a point. 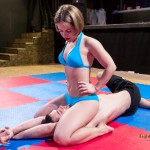 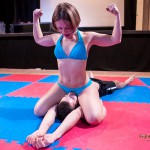 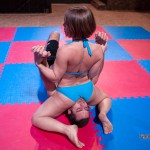 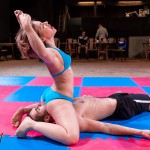 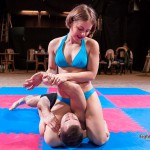 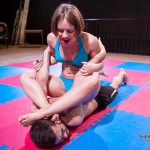 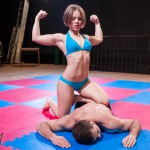 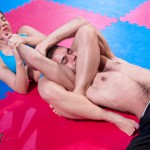 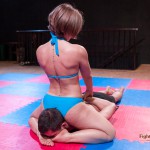 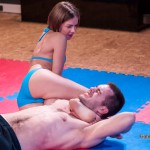 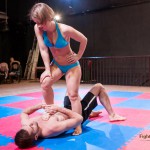 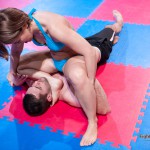