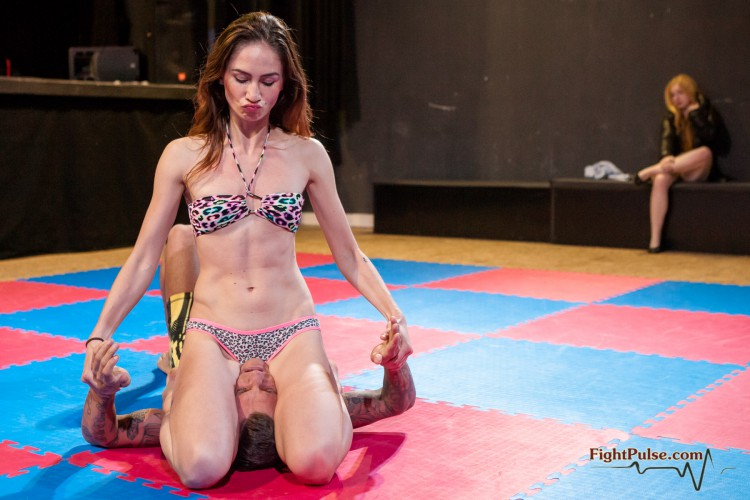 Giselle (stats) accidentally walks into Andreas (stats) and Revana having a romantic moment. (As you may know, in last month’s popular release, FW-63, Giselle fought Revana for ownership rights, and put a collar on her neck after dominating her on the mats, claiming her as a slave.) Frustrated by what she sees, Giselle intimidates Andreas, and the latter retaliates. The fight is on!

What follows is an onslaught-style domination, one of Giselle’s best. She puts Andreas through painful and humiliating holds all the while degrading him verbally in front of Revana who is watching the match carefully. Scissorholds, facesitting, long pindowns, hairpulling, chin grabbing, foot domination – Giselle doesn’t spare Andreas in anger. When she is satisfied with tormenting Andreas, having him underfoot, she calls Revana onto the mats and asks her to “step on his dick”, which she does. They then both straddle him, with Giselle atop Revana’s now ex-boyfriend’s face, and Revana atop his stomach, and passionately kiss. 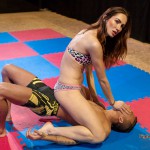 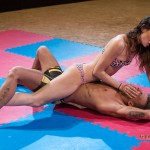 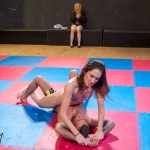 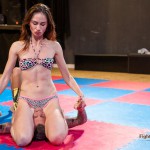 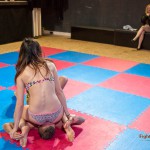 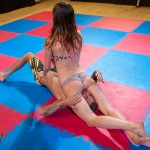 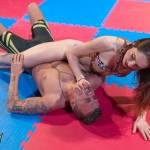 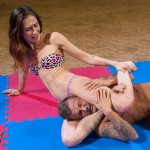 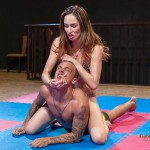 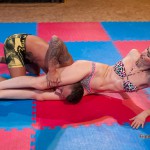 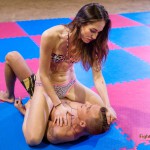 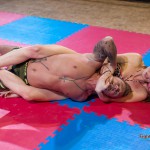 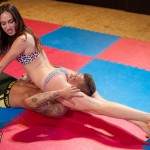 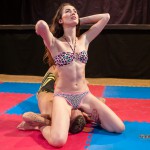 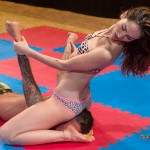