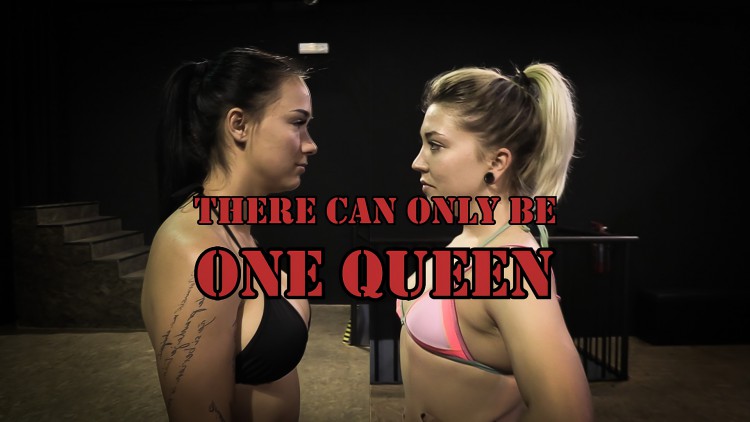 As some of you already know, Zoe vs Rage is happening, and will take place on 10/Feb/2019. The video of the match will be released on the website 2 days later, on 12/Feb.

This is arguably the biggest match we’ve ever put together. Both Zoe (stats) and Rage (stats) have been dominant at Fight Pulse, but they’ve never squared off. Zoe became our first ever lightweight champion in 2015. After she was unable to attend the next year’s championship, the title was up for grabs and Jane (stats) claimed it by winning the 2016 tournament. Almost 2 years later, in June, 2018, Rage won the title by beating Jane, only 9 months after joining Fight Pulse.

Zoe joined Fight Pulse in 2015, and has since been one of our most prolific wrestlers, with over 30 matches released. She is one of the faces of Fight Pulse, and is currently one of the most well-known and sought after wrestlers and wrestling models in the world. She has an unbelievable 13-0 record in competitive F/F matches at Fight Pulse. Her only 2 losses came in mixed matches. Her overall competitive record currently stands at 15W-2L-1D.

Rage’s rise to stardom has been simply unrivaled. She took the session and video world by storm in late 2017 and early 2018, and within only 1 year she has become one of the most wanted sessions in the world. She has improved rapidly as a wrestler since joining us in 2017, avenging all 3 of her losses she suffered early in her young career, becoming the champion of the most stacked division at Fight Pulse within less than a year. Rage is currently 7W-2L-1D in competitive F/F matches, and 11W-4L-1D in competitive matches in general.

We’ve been trying to organize this fight since Rage’s call-out, last Summer, and especially since Zoe’s subsequent response. We’re finally here, and the match will take place this Sunday. What do you think will be the outcome?

In case of a tie in points, the match will be judged, as per the recent rule change. A draw is improbable, but can still happen if the match is truly equal.