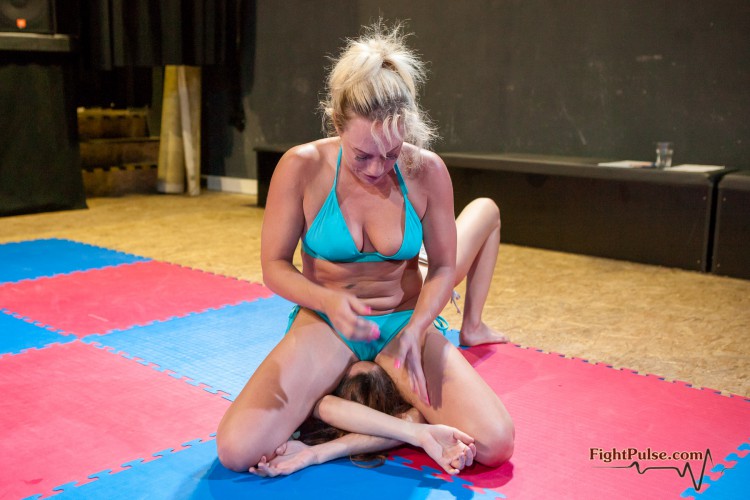 This is our third ever F/F smother-rules fight. Both Axa and Giselle are extremely competitive wrestlers who absolutely hate to lose, especially in a humiliating manner like the smother-rules allows. However, Giselle is giving up both in size and experience, and she is facing probably her toughest opponent at Fight Pulse to date. And if there’s a lesson we’ve learned from MX-93, it is that no matter how difficult it is, if Axa Jay sets her mind to it, she will eventually find a way to straddle her opponent’s face and make them submit to her despite them fighting their heart out.

As you may know, in a smother-rules style match submissions can only be obtained by cutting off the opponent’s breath and making them tap out from being smothered. A wrestler can use any part of their body to smother her / his opponent, but the most common holds are full-weight facesitting, – both front and reverse, – breast smothering, belly smothering, armpit smothering and thigh / leg / foot smothering positions. This ruleset results in some spectacular matches full of breathtaking moments, which is why the ruleset has become quite popular since its introduction close to 3 years ago.

Click here to read more about this match (possible spoilers)
While less one-sided than some of our other smother-rules matches, FW-74 is still a one-sided match, with a clearly dominant wrestler finding a way to smother her opponent with her crotch or her breasts with relative ease despite the opponent trying her best to avoid the positions.

If you enjoy facesitting and breast smothering action in a competitive setting in a female wrestling match, with one side winning decisively, you have to see FW-74! 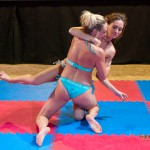 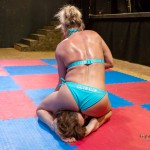 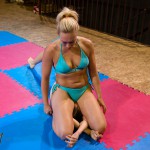 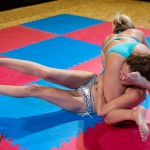 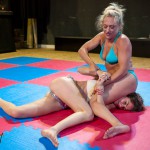 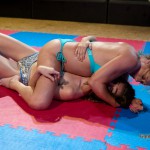 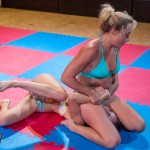 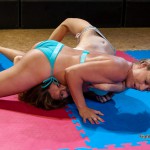 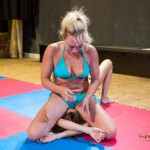 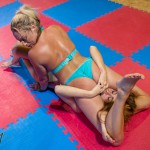 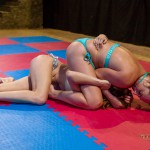 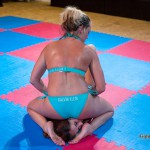