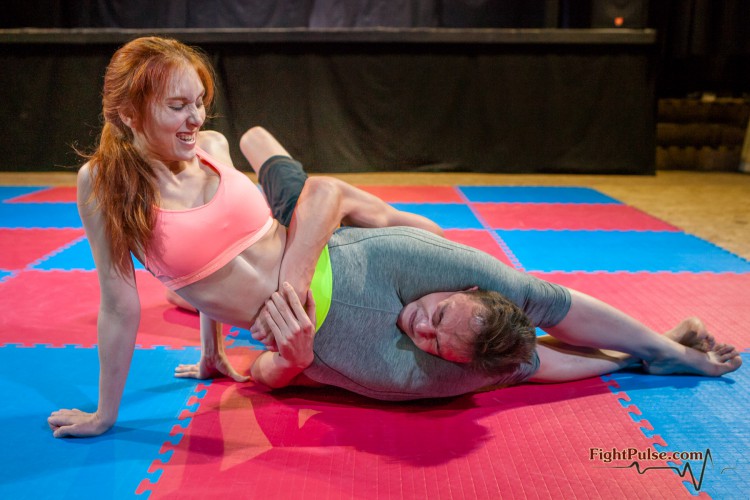 This is no news to many of you, dear fans, that Akela (stats) arguably has pound-for-pound the strongest scissors at Fight Pulse, possibly only rivaled by the squeeze of Jenni Czech. In one of the most anticipated releases of this year (71%) Akela displays the strength of her legs by subjecting her victim for over 30 minutes to excruciating scissor holds, groin-tearing grapevine pins, as well as tight front and reverse schoolgirl pins.

We picked one of the stronger and resilient male wrestlers at Fight Pulse, Viktor (stats), as Akela’s opponent, in order for Akela to show her true power, as most of our male roster would not be able to withstand even a fraction of this full-on painful squeeze-fest.

Akela’s thick, powerful legs wrapped around Viktor’s neck resemble a python and her prey. There’s not much Viktor can do once she has him in her favorite position, but tap, and often not even that helps, since due to the nature of the onslaught-style, Akela can submit him multiple times in the same hold, which she enjoyably does, sometimes not even releasing the pressure of her thighs upon a tap.

The last reverse headscissors segment with multiple submissions is one of the most brutal scissor segments we’ve ever filmed. Viktor’s taps are accompanied by Akela’s laughs as the culmination of her Masterful physical and verbal humiliation of her victim throughout the match.

“Akela’s Lethal Legs” is one of this year’s best NC titles, and is arguably Akela’s most dominant performance ever. Akela’s physical and verbal domination of her male opponent that spans half an hour is a must-see for all fans of female domination through lower-body strength, headscissors and grapevine pins. 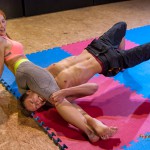 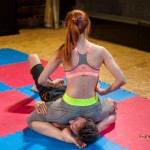 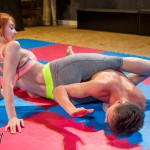 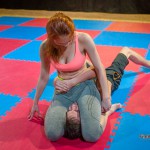 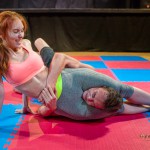 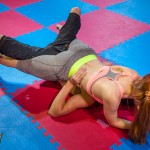 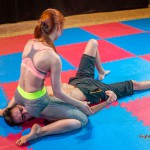 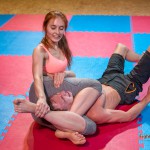 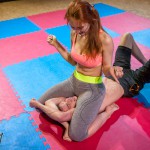 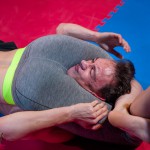 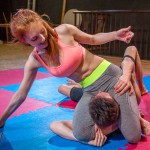 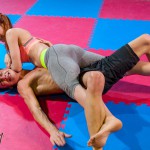 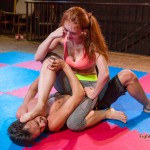 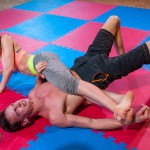 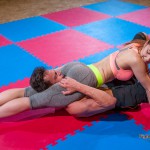 “Lethal legs” is absolutely right! Akela looks stunning. Her legs are just perfect, so nicely toned and sexy, and that cleavage of hers is beyond magnificent. A natural born “dominatrix”, fully enjoying total control over her “victim”. So many submissions in this one, as you would expect from the “onslaught” type of match (my favorite, when it comes to mixed wrestling). The girl in full control, brutally squeezing the guy, taunting him all the time, and ignoring his tap outs, for me that is a perfect mixed fight. And Akela certainly knows how to use her “lethal legs”. Beautiful scissor… Read more »