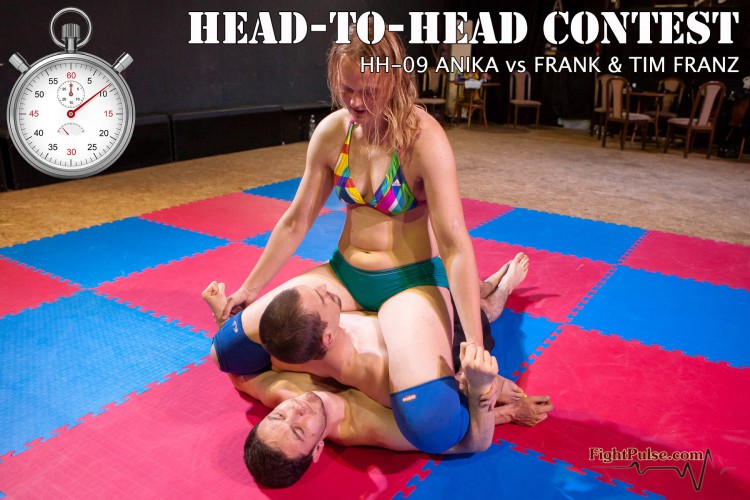 Our first ever mixed Head-to-Head Contest is a 1F vs 2M match, a result of a custom request, featuring Fight Pulse heavyweight champion, Anika (stats), going against two male lightweights – Frank (stats), who our audience is well-familiar with, and Tim Franz (stats), a guest male wrestler.

The H2H style, as it is, is not suited for a 1 vs 2 contest, which is why the way some rounds are scored and the way the winner is determined were amended. In rounds where 3 people cannot participate at the same time, Anika has to beat the least (or longest) time scored by either of males (the best score) against her on both of them. In certain rounds, however, that allow the participation of 3 wrestlers at the same time, like fingerlock wrestling, push-ups, arm-wrestling, and even lifting and schoolgirl pin, we kept to the original rules.

The changes to the rules were done to favor the males, since otherwise, what is supposed to be a handicap match, would just be Anika vs guys who take turns. For example, in the lifting round Anika lifts both of the guys at the same time, trying to beat the best score (longest amount of time) scored by either of the guys who lifted her prior. Same logic was applied to the schoolgirl pin round. In the timed scissor rounds Anika has to beat the shortest time scored by either of the males on her, when scissoring each of them individually.

If you like the idea of competitive mixed H2H contests or deviations as 1 vs 2, or even possibly 2 vs 2, let us know in the comments section below. Please also feel free to let us know what we could have improved in this video in order to make it more interesting, as well as more fair (as fair as a 1 vs 2 match can get).

Below are the general guidelines of the H2H style for reference. However, due to the nature of a 1 vs 2 match, we had to amend them in ways that are mentioned above.

A Head-to-Head contest consists of a series of challenges that test two competitors against each other in a series of physical challenges and scissor holds. As usual, for easy reference, below we present the outline and guidelines of H2H contests.

The winner of most of these challenges is declared to be the winner of the contest. The maximum possible score is 11-0. The minimum possible difference is 0, since the challenge can end up being a tie. This could happen if 1, 3 or more of the above challenges end in a draw. The three challenges that can end up with a tie, as noted above, are arm-wrestling, leg-wrestling and sgpin challenges, when each contestant wins one of the rounds of a challenge. As to other challenges, they could theoretically end up with a tie as well, if the times are extremely close, which is nonetheless unlikely. 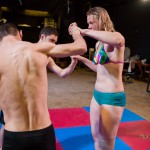 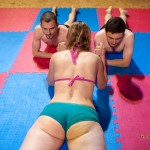 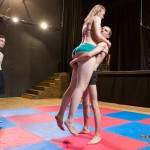 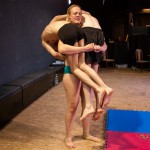 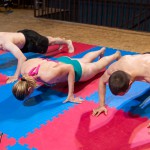 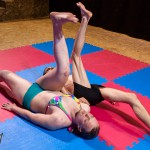 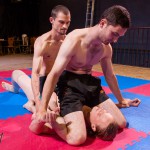 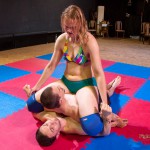 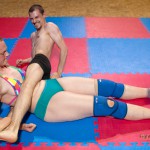 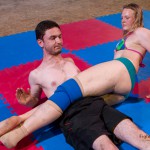 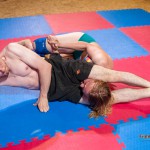 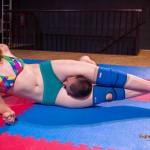 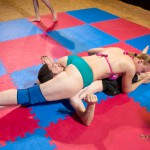 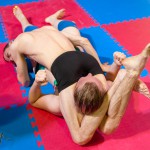 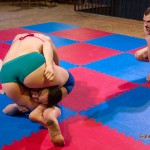