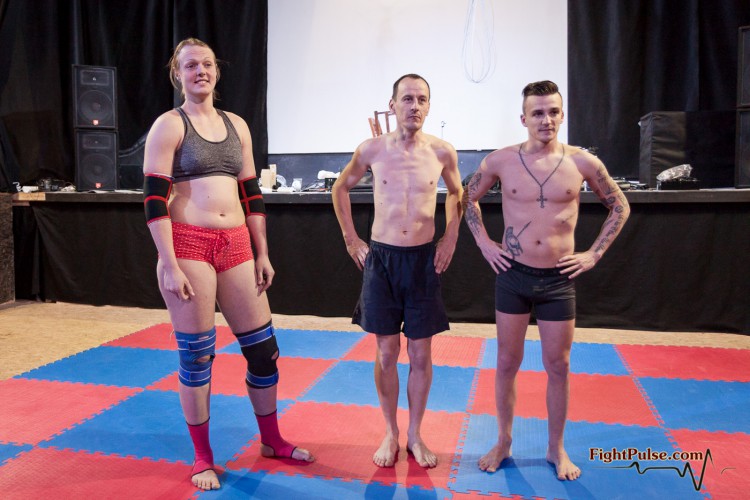 This is our third 1F vs 2M title, and second competitive one. The first competitive 1F vs 2M, MX-34 Diana vs Joseph and Ales, which also came about as a result of a custom request almost one year ago, received mixed reviews. The males were simply too slow and inexperienced for Diana, and she dominated the match. Ales in particular was criticized for absolute lack of wrestling skills and having below average strength. Well, MX-64 is very different in that regard. Marek is arguably our best male wrestler; Andreas is new, but he has a strong upper body, and he is very competitive. They are both determined to win, and wrestle much smarter than those who fought Diana.

But Anika is no pushover. Noone at Fight Pulse has been a challenge to Anika yet, not even distantly. With size and experience advantage, she is on a different level. But can she beat a well organized and decently experienced team of two young men?

It is a very close encounter with fast-paced, non-stop, grueling action. 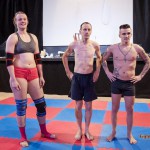 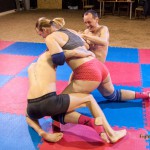 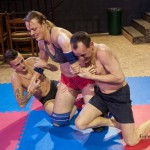 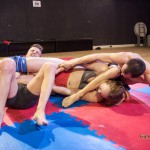 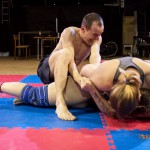 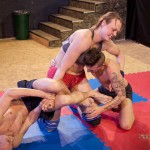 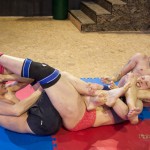 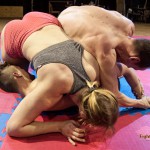 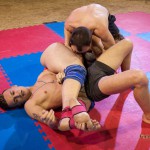