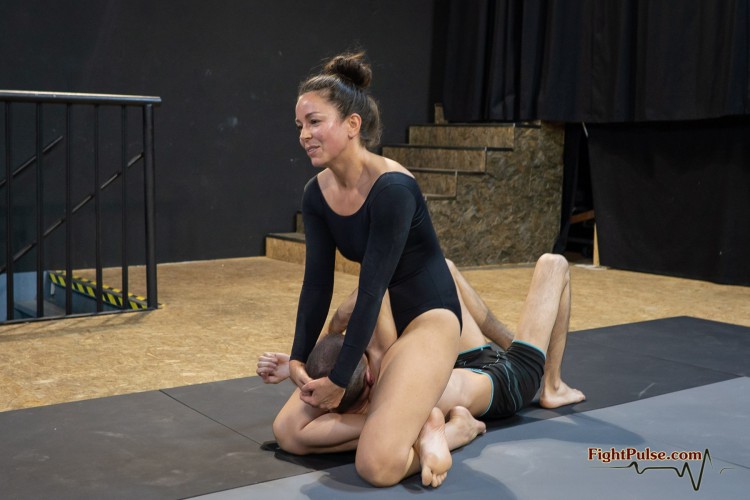 As many of you already know, one of the session world’s most wanted wrestlers, Lia Labowe (stats), visited Fight Pulse early in December. We filmed 6 videos with her, which will all be released within the next 3 months. Once in a while we film a match that gets so much attention that we decide to release it without scheduling. This is one of such matches.

In MX-132 our guest from USA, the legendary badass, Lia Labowe (stats), squares off against one of Fight Pulse’s best male wrestlers, Frank (stats), in a competitive mixed wrestling match. If you are a fan of real mixed wrestling, you absolutely have to see this fight!

Lia is a good grappler, with tons of wrestling experience, and is deceptively strong. However, Frank is no slouch, and is well-versed in the pins & submissions style. Both fighters are determined to win. If you would like to be unaware of the outcome of the match, please skip the spoiler section below.

Click here to read more about this match (possible spoilers)
It is a rough, at times aggressive, intergender fight, but with a clear winner: Lia Labowe. Frank does his best to fight back, and even has some success, but Lia’s experience, superior lower-body strength as well as fighting spirit help her achieve a decisive victory. At the end of this long 24-minute fight Frank is reduced to a whimpering mess, due to multiple failed escape and attack attempts, and triangle torutre that Lia subjects him to, and Lia is able to score a humiliating pin to cap off her victory before treading on the face of her beaten, exhausted male opponent.

Bot pre- and post-match interviews are interesting as both wrestlers weigh in on their chances and the outcome of the match, as well as a couple of peculiar moments in the fight. In the post-match interview Frank, still unable to get up from the mats, admits that Lia is one of the best wrestlers he has ever faced.

Note: This is the first Fight Pulse video release filmed on our new 4K camcorder. We have acquired new equipment in early November, and all matches filmed since are of higher image quality, with better autofocus and better dynamic range. We will make a blog post with more details about the upgrade once matches filmed on the new camera start rolling out as per the schedule. If you have a 4K screen and would like to get 4K renders of videos, you can order one using this form. 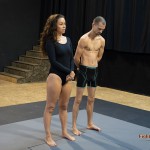 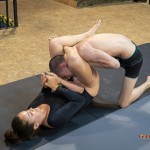 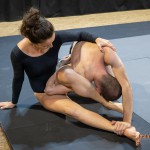 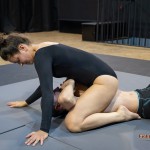 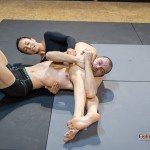 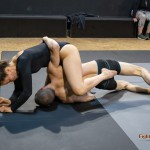 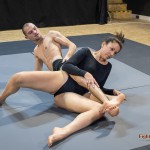 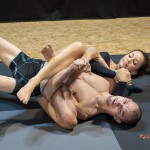 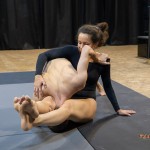 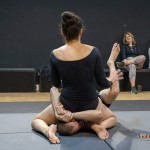 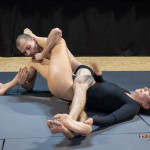 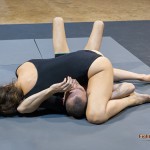 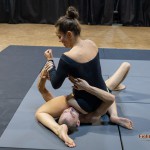 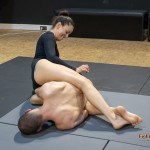 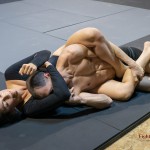 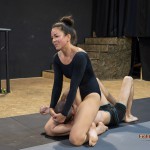 That was absolutely brilliant. I thought Frank did exceptionally well because I know what is like to take on Lia. Superb methodical action from both athletes. Very sporting encounter. When Lia slapped Frank’s ass (twice) you should have asked her if she was tapping 😉 I’m looking forward to the other 5 Lia videos coming out. Well done FightPulse for inviting her to compete with your athletes.

Thank you guys for this awesome match. Lia is really good and I love the fact that you gave her an athletic and experienced male as an opponent . This made for an exciting and sexy encounter. Frank did a good job defensively because as he said himself she was way superior to him and sometimes you just have to take that lesson and work on your defense and learn from the winner simultaneously. She would have outscored a less crafty opponent by like 15 -0, because her BJJ is really advanced. Plus nothing is more exciting than getting dominated… Read more »

I want to start off by saying that I completely agree with the two people who commented before me, that this is a great match!! Both wrestlers put forth a great effort in this match and that is always nice because it makes for a better video for us viewers!! Thank you for this awesome match!!! 😀 I really enjoyed watching this video a lot!!

Both Lia Labowe and Frank do a very nice job in this match, in both going on the offense against their opponent as well as defending themselves against the attacks of their opponent. Of… Read more »