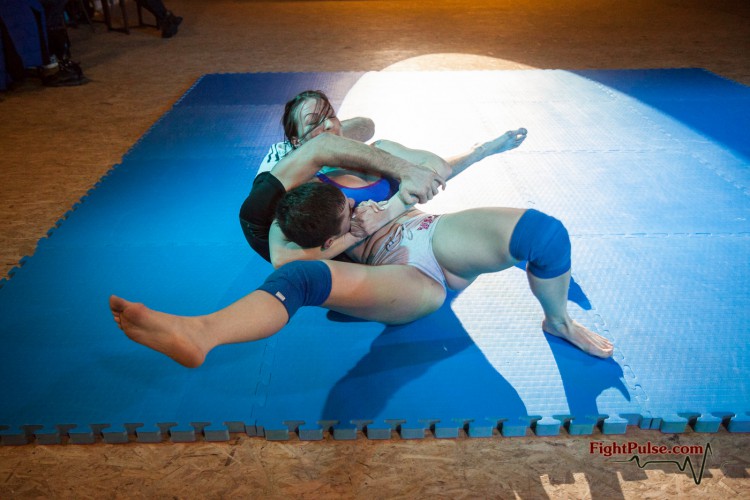 As you may have witnessed so far, Fight Pulse is dedicated to bringing you the best competitive mixed wrestling matches in the market. MX-27 is no different. It is a fierce competitive mixed wrestling match between the famed Hungarian wrestler Zsuzsa (5′ 4″, 130 lb, 31 yo) and a newcomer to Fight Pulse, Steve (6′ 3″, 167 lb, 24 yo). Steve is holding back at the beginning – staying on the defensive – because he thinks that his size advantage is too much for Zsuzsa to handle, and he does not want to hurt her. But soon enough – somewhere between being tossed around too much and getting submitted via headscissors for the first time – he realizes that his perception of his opponent is incredibly far from reality. What ensues is a beautiful competitive fight between an experienced female wrestler and a tough young male with almost no experience wrestling.

If you have watched the match, please feel free submit a review in the comments section below. 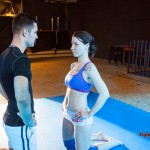 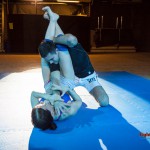 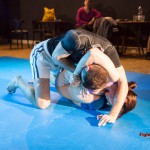 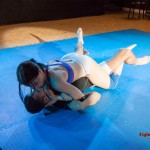 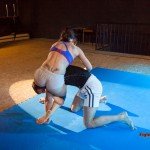 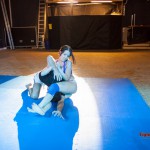 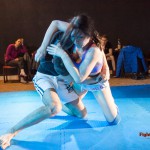 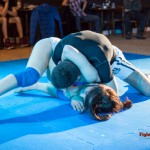 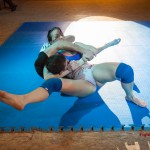 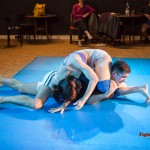 Watched the whole match, and loved it! This is genuine stuff, and highly impressive from Zsuzsa. Having wrestled her myself, I know she can defeat a much larger male fair and square.
It’s great to see videos like this one and the one with Victoria produced. More of the same, please! Also, it wouldn’t matter if the male actually won some falls of their own, but then I reckon you’d need someone with a bit more experience, who’s learned how to apply holds properly.

Hi, Max! And thank you very much for your feedback! We have improved the lighting since, adding several sources around the mat. It is not a drastic improvement, but it is noticeable. The videos with improved lighting will come out starting mid-March. I will include the information about the change in the description of the first published video that was shot with new lighting.