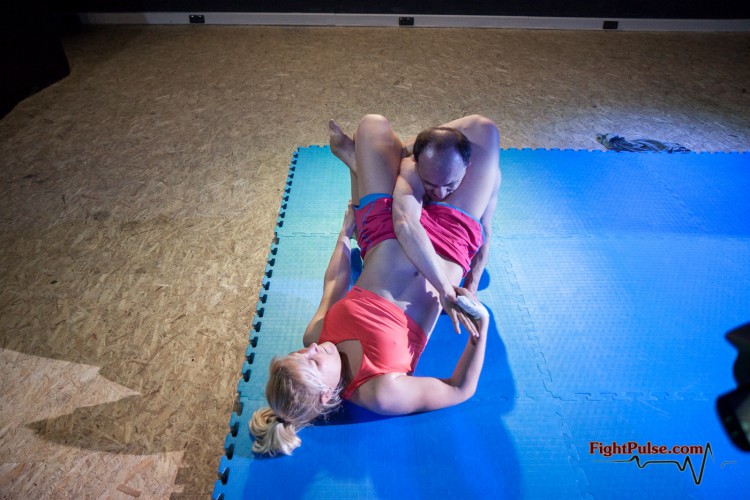 Just as we started to film this competitive mixed wrestling match, it became clear that Aldrin (5′ 6″, 132 lb, 44 yo) is no match for young judo expert, Diana (5′ 9″, 154 lb, 22 yo), who not only possesses world-class technique, but is also physically much stronger than Aldrin. What ensues is a completely one-sided match, despite Aldrin’s best effort, with a record 13 submissions in 12 minutes of wrestling. Aldrin, who had never had such a physical challenge in his life, is overwhelmed by Diana’s superiority in every department while being subjected to excruciating holds and immobilizing pins. After an accidental eye poke by Aldrin, Diana pumps it up and submits him in a rnc, which is not allowed by Fight Pulse rules. Despite the fact that we did not count that submission, it is still included in the video, in order to convey the heat of the match. See the tags of this post for a list of holds applied.

If you have watched the match, we would appreciate your review in the comments section below. 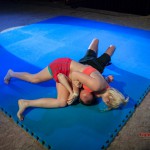 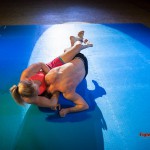 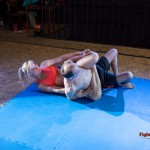 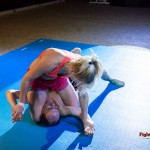 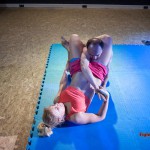 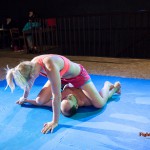 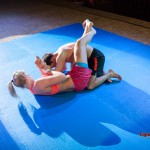 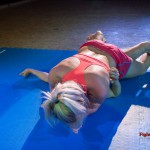